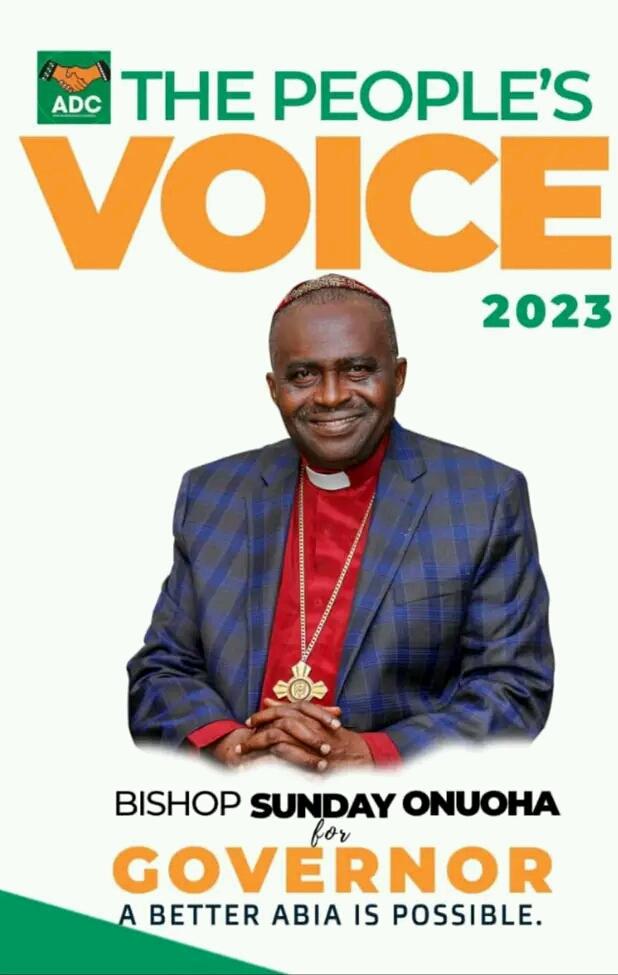 The governorship candidate of the African Democratic Congress (ADC) Bishop Sunday Onuoha, has stated that the parlous state of affairs in Abia state, has worsened to the extent that “God now weeps for Abia.”

Speaking during an interactive forum organised by a political pressure group, Oganiru Ndi Abia, at Umuawa Alaocha, in Umuahia North Local Government Area, Onuoha noted that a lot of things had gone wrong with the state.

According to him, “we are where we are as a people because of moral deficit.  We are having insecurity because the correcting (moral) system is cut-off.

The governorship candidate, who is a Methodist cleric, and President of Vision Africa, said the time has come to “cleanse Aba, and get the state working for the people, adding “we want to open a new page for Abia State.”

Onuoha, who described himself as a technocrat, businessman, intellectual, and minister of God, said he was prepared to provide effective leadership for the state, and usher in good governance that has been eluding the state.

He made a clarion call for the people of the state to rise up and use their votes to redeem their state, and hand it over to selfless leaders to manage the affairs of the state in 2023, adding “the time of timidity, sycophancy is over.  Let us redeem Abia state.”