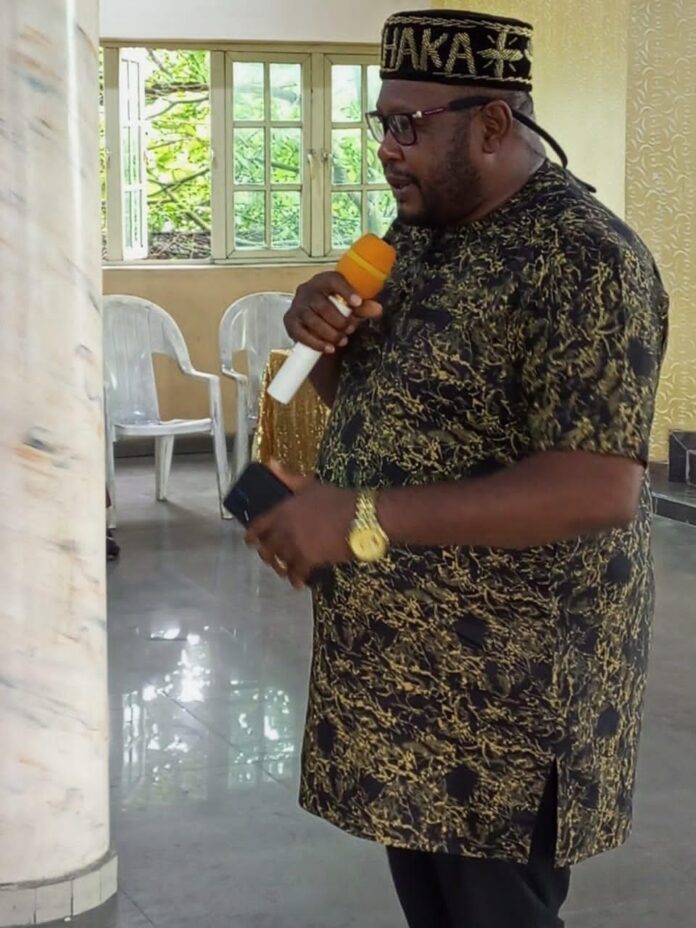 Hon. Akpudo: The security situation in Anambra has improved following the coming of Gov. Soludo

Addressing Journalists at the sideline of  the 2022 summit of Rivers state chapter of AASDU, held in Port Harcourt, the state capital, Hon. Akpudo, maintained that insecurity is not peculiar to Anambra State as some people claim, saying that the spate of insecurity affects every part of the country.

He said:  “The impression that Anambra is state is not secured is an erroneous impression.   It  is not good to input such negative statement to Anambra. We should not also rely on social media unverified publication. It’s always good to verify our stories before acknowledging the news.

“You cannot tell me that everywhere in Rivers state is secured. The security challenges in Anambra state is not peculiar to Anambra state , its all over the country. Today in Anambra state, the insecurity is under control; we are having our town union meetings, we had our cultural day not long ago. Indigenes of Anambra returned home during last year’s Christmas as well as this year’s Easter festivities.”

He reiterated that some areas in Anambra state is highly affected by the insecurity because of their boundary with other states, especially Imo from where the criminals infiltrate into Anambra State. He did not deny that some pockets of these bandits are from Anambra States.

“Yes, particular areas in Anambra state became so volatile security-wise because they are having boundaries with Imo state. Most of these criminals operate from our neighbouring state. Again, that does not mean that there are no bad elements from Anambra State that are terrorizing the area.”

The ASATU President opined further that with the emergence of Governor Chukwuma Soludo, the security situation in Anambra state has drastically  improved for  the better.

“You can witness since the emergence of Professor Chukwuma Soludo, the first thing he started tackling was insecurity and he is still on it till date. Today normalcy is returning in that area and every part of the state. Security has drastically improved, it’s not as it used to be before the election”.

Hon. Akpudo, who is also Anambra State Deputy President of Ohanaeze Ndi-Igbo, the apex Igbo socio-cultural organisation,  harped on the Think Home phenomena  “Aku rue Uno” the reason he is touring the whole Nigeria relating to Ndi-Anambra to invest in the state.

Am in Port Harcourt, Rivers state as part of my tour to Ndi-Anambra resident outside Anambra state, for them to return and invest in the state. The tour is yielding fruits in the phenomenon of ”Aku rue uno” especially in Awka the Anambra state capital and its environs, there you see a lot companies, factories and Housing Estates springing up, massive growth and development in Anambra as result of my think home tour, as I am in Port Harcourt today”

Ịchaka Egbe Ejị Egbu Agu argued further that its only when someone has contributed to the growth and development of the state through creation of employment to the youths and other developmental projects that the person will have the moral right to critic the government on any issue.

“I try to let our people know that its only when you have invested in the state that you can conveniently and comfortably say am contributing to the growth and development of the state; its only then you can access and ask the government questions or talk on anything concerning government activities in the state.

“When you have not invested in the state and you cannot boast of employing one person in the state you are not a true Anambrian. Am glad that Ndi-Anambra are responding very well to this call,” he said.

He enjoined Ndi-Anambra to rally around the administration of Prof. Soludo whom according to him is poised to take Anambra to greater heights.

“The Soludo administration when given support will perform wonders in Anambra state. Therefore my message to Ndi-Anambra is to develop the attitude of being their brothers keep and think home, and empower the youths which enables security in our respective communities”

When asked his take on the consistency in appointment of caretaker committee in local government administration in Anambra state since the administration of His Excellency Mr. Peter Obi, the ASATU President said: “My take in the appointment of Transitional Committee in the local government councils in Anambra state is that in every situation, there must not be a lacuna.

“Looking at this issue, if you listened to the governor’s inaugural address, he said that he will conduct local government election within two years of his tenure.   There are a lot of things that needed to be put in place. The monthly allocation for local government is been utilized by the T C chairmen, they must work with it and retire it appropriately.