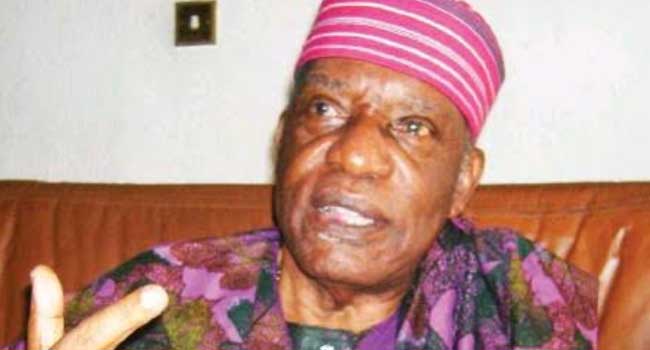 A veteran journalist and former spokesperson to the ex-military head of state, Ibrahim Babangida, has died.

Chief Duro Onabule, passed away on Tuesday at the age of 83, although the cause of his death is still sketchy.

Describing Onabule as one of the finest experts of the pen profession, Abiodun said he received the death of the Ijebu Ode-born foremost journalist with a shock.

According to the governor, the nation would not forget his role as the mouthpiece of the military government of Babangida’s regime.

He added that the former Editor of the defunct Concord Newspaper would always be remembered and missed for his profound comments on national issues, via his column in the Sun Newspaper.

Abiodun stated that the young generation of journalists would also miss a national figure and father-mentor in the late journalist, adding that Ogun State would always remember him.

In commiserating with his immediate family, Ijebu Ode and the entire state, Abiodun prayed for the repose of the soul of the former journalism guru.

“I received the news of one of the finest journalists Nigeria can boast of, with great shock. He remained a trailblazer in his profession, who proved his mettle while serving as the spokesman of the IBB’s regime,” he stated.

“Though his death is a national loss, we, in Ogun, will feel the vacuum most. No doubt, one of our illustrious sons and gift to Nigeria is gone, he shall be sorely missed.

“On behalf of my family, the government and people of Ogun State, I commiserate with the immediate family of late Onabule and his hometown of Ijebu Ode. May God rest his soul.”

Born in Ijebu-Ode, Ogun state, on September 27, 1939, he graduated from CMS Grammar School and School of Journalism, London. His first media work was as a reporter for the Daily Express in 1961. Three years later, he joined the staff of Daily Sketch. He spent some time with Daily Sketch before going back to his previous employer, Daily Express.

In 1969, he served as the London correspondent of the Express. In the mid-1970s, he worked for the Daily Times, rising to become a deputy editor of Headlines magazine.