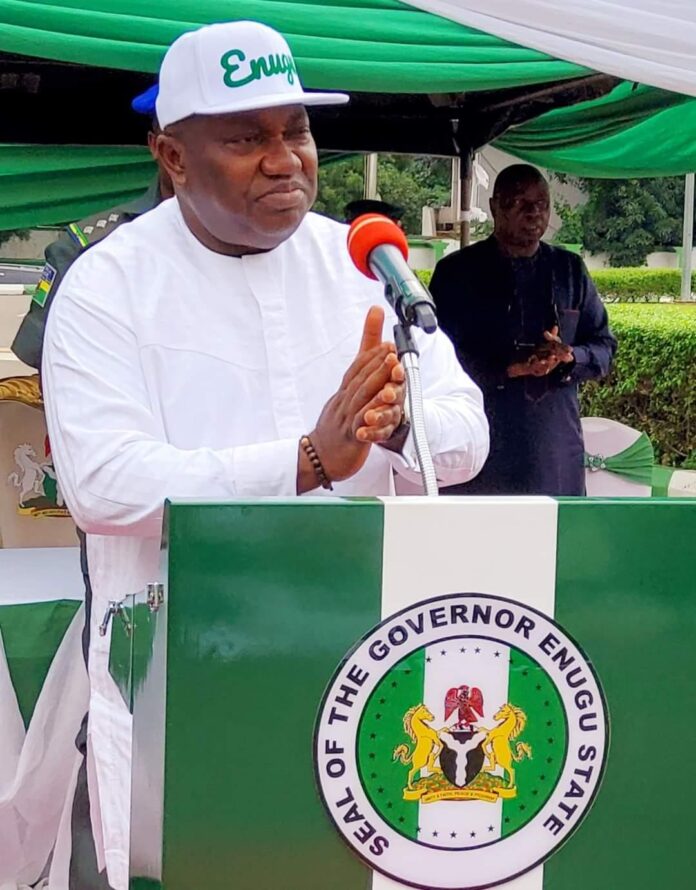 Governor Ifeanyi Ugwuanyi administration’s transformational policies in the education sector have been attributed to the recent ranking of Enugu State as first among public secondary schools that presented candidates for the West African Examinations Council (WAEC) examination in Nigeria, in 2021.

According to a recent data released by WAEC and the National Bureau of Statistics (NBS) published by a data firm, StatiSense on its verified Twitter handle, Enugu State came first in the ranking of the pass rate among public secondary schools that wrote the examination across the country, recording 93.9 percent.

Enugu was also ranked the second best performing state in Nigeria in the same examination with 92.7 percent.

Reacting to the positive development, Enugu State Commissioner for Education, Prof. Uche Eze, in a statement, commended Gov. Ugwuanyi for his dexterity and utmost commitment to quality education in the state.

Prof. Eze disclosed that the enviable feat recorded by Enugu State is “a testament to the huge investment made in the education sector of Enugu State by His Excellency, Rt. Hon. Ifeanyi Ugwuanyi and his result-oriented administration.”

The Education Commissioner added that the transformational policies of Gov. Ugwuanyi’s administration in the education sector have brought many laurels to Enugu State.

He pointed out that the governor’s strategic plans in the education sector which are being meticulously implemented, “led to this wonderful performance among our students.”

Prof. Eze, therefore, appreciated the students, their teachers and management of public secondary schools in the state for their individual and collective contributions towards the success recorded by the state, stressing the need for the legacy to be sustained for the future of education in Enugu State.