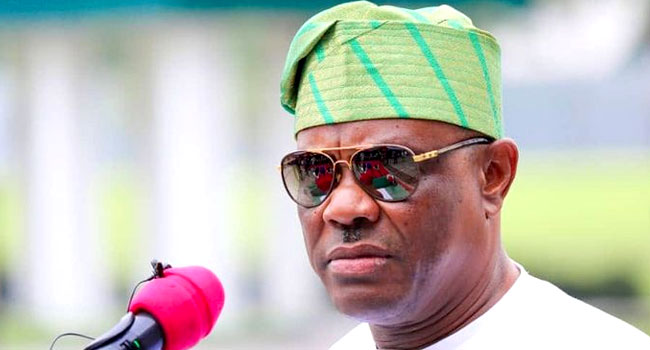 Ahead of the 2023 general elections, the political climate has brazenly tensed up in Rivers state through political intrigues, outweighing  vendetta, name callings etc. This is not unconnected with Governor Nyesom Wike’s frosty relationship with the presidential candidate of the main opposition Peoples Democratic Party (PDP), Alhaji Atiku Abubakar, and the party for not nominating him as his vice presidential candidate.

Gov. Wike claimed that he was selected by a committee set up by the PDP to nominate Atiku’s running mate, yet the presidential candidate dumped the committee’s recommendation, and went ahead to select Delta state governor, Dr. Ifeanyi Okowa, as his running mate. leading to Gov.

The rife in the PDP has turned out to distort and truncate governance in Rivers state, and has even affected the economy and business in the state.

Recall that Gov. Wike reportedly ordered the closure of businesses owned by his political rivals, and former political associates in Port Harcourt.  He was also alleged to have ordered the arrest of staff and customers of such businesses.

Meanwhile,  Rt. Hon. Sokonte Davis,  an All Progressives Congress (APC) chieftain in the state, has condemned the action taken by the governor against his perceived political opponents.

Dr. Davis in a statement personally signed by him, and titled:  “Closure of businesses, a no-no for the economy of the state,” described the governor’s action as  crass display of impunity, adding that an issue that is supposed to be an internal affair of the PDP, should not affect the entire state, especially its people, business and economy.

According to APC chieftain, ”It’s extremely unsettling to learn that Chief Nyesom Wike, the Governor of Rivers State, reportedly ordered the closure of businesses owned by his political rivals and former political associates in Port Harcourt, and ordered the arrest of staff and customers of such businesses.

“Even more disturbing are reports that all these were done without a warrant of arrest, a court order, or any other legal basis. It is unsettling that one who should know better given his legal education, should disregard the laws of the land, especially the Constitution of the Federal Republic of Nigeria.

“This is crass display of impunity, threat to association’s freedom and should be condemned in its entirety. It is even unthinkable that the owners of the businesses are being threatened with arrests and other forms of limitations of their guaranteed rights and privileges as citizens of Nigeria.

“The incessant attacks on business owners and vandalization of properties leave one wondering if Chief Wike has any iota of governance knowledge. One would have thought that seven years in governance, going to eight, would at least create an environment for more businesses to thrive and the consequent generation of employment. Unfortunately, the reverse is the case with zero employment, investment attraction, whether foreign or local but destruction and closure of existing businesses”.

Dr. Sokonte Davis, past House of Representatives member representing Degama/Bonny federal constituency asserted further that the unnecessary political impasse will further make the state unattractive to investors. “Our once revered Rivers State that was at the forefront of development is now lagging behind. At a time when we should aggressively pursue policies that will accelerate economic activities and better the lives of Rivers people, the government is still involved in sheer politics and vindictiveness and primitive display of power drunkenness at the expense of our dear state. This ugly situation is not unconnected with why the state has failed to attract investments to create jobs for people’s livelihood and improve their standard of living”.

See also  Transparency, accountability shall be our watchword if given mandate to govern Rivers State, says Jackrich - From Chukwudi Ejimofor/Port-Harcourt

Hon. Davis, former chairman of All Progressives Congress in Rivers state, however,  called on Rivers people to vote massively for the APC in the upcoming general elections so as to return the state to its former position of investors destination.

“We are yet to recover from the wanton destruction of the Amaechi legacy projects and the development focused corporate entities that employed thousands of our people and boosted the economy of the state.

“And now we are faced with the spree of vandalisation of properties and sealing up of businesses and barefaced political thuggery with all of its ugliness.

“I am, however, consoled that 2023 is by the corner. I urge all Rivers people to get their PVCs, to come out en masse and vote the APC for a bottom-up economic development and a better Rivers State, its people and those of other lands and climes living and doing business here, urged the APC chieftain.