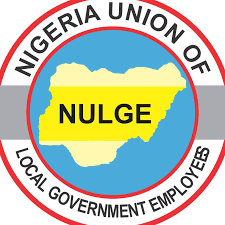 President, Nigeria Union of Local Government Employees, NULGE, Enugu State Chapter, Comrade Kenneth Ugwueze, has said that the union decided to suspend the indefinite strike it embarked upon in July, 2022 because of the agreement it reached with  the chairmen of the 17 local government councils of the state.

The local government workers as well as the primary school teachers in Enugu State on July 28, 2022 embarked on indefinite strike over the non-implementation of the national minimum wage of N30,000.

They, however, lifted the industrial action on August 26, 2022 based on the consequential adjustment agreement reached with the council chairmen with the intervention of the state government.

The strike had affected the unified examinations the primary school pupils would have taken.

Speaking to newsmen in his office Tuesday, Ugwueze said that, “the Union after due negotiations suspended the Industrial Action on Friday 26th August , 2022 and had communicated her members across the 17 local government areas to resume work Monday 29th August 2022.

“The suspension of the strike was borne out of an agreement reached between the Union and the 17 local government chairmen to commence the implementation of the N30,000 minimum wage with it’s consequential adjustment as approved for public servants in the state in percentage differential pending final negotiation as allocation improves, “he explained.

The NULGE boss however expressed deep gratitude to the Speaker of Enugu State House of Assembly, Hon. Edward Ubosi and the House members for the passage of 5th alteration bill for the amendment of the 1999 Constitution of the Federal Republic of Nigeria which included both financial and administrative autonomy to lock governments in Nigeria.

According to him, “the passage of the Autonomy to the Local Government by the Enugu State House of Assembly has placed the State on the list of States that have passed same in line the yearnings of Nigerians.”

He expressed optimism that now that the council chairmen have agreed to implement the minimum wage for their workers with the consequential adjustment, the remaining percentage would be completed in due course and there might be no need for further industrial action.

The new agreement has put paid to the allegation that the state Governor, Ifeanyi Ugwuanyi had sworn that the council workers and the primary school teachers would never get the new minimum wage under his administration.