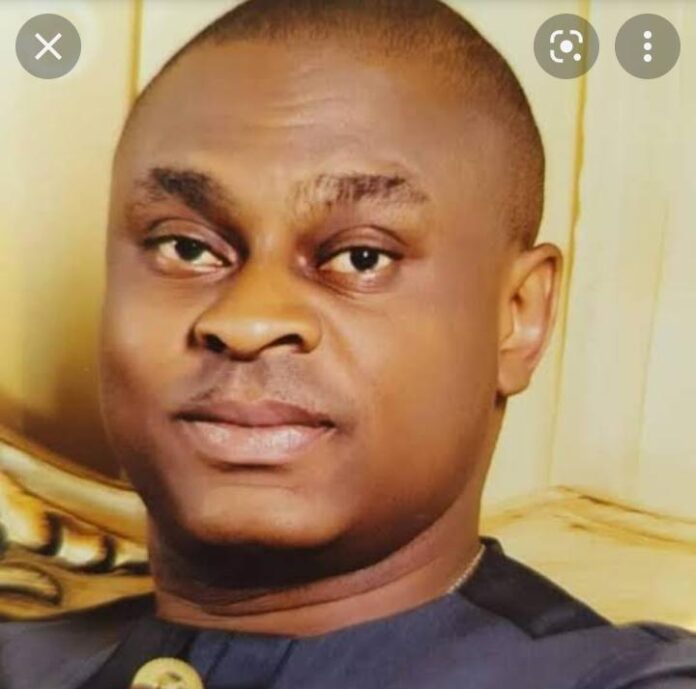 Arguably, one of the major consequences of sycophantic politics is that it creates a culture of deception in a system of falsehood.

In Enugu State which is the centre of this piece, the recent appointment of the former Chairman of the Enugu State Chapter of the Peoples Democratic Party (PDP) Chief Ikeje Asogwa as the Director General of Dr Peter Mbah’s Campaign Organisation has no doubt caused sleepless nights to the major opposition candidates in the state.

For the flag-bearers of L.P and APC, they have to contend with an unending internal ruckus engulfing their respective  political parties to battle the ruling PDP in the state.

While Chief Everastus Nnaji and Chijioke Edeoga are laying claim to their party’s gubernatorial ticket, the leadership of Enugu State Chapter of APC is at loggerhead with some of its founding fathers in the state over the soul of the party in the state.

Ironically, the sycophants around these political office seekers have continued to raise their hopes even without helping them resolve the crisis and establish formidable structures to advance their political struggle.

Interestingly, every candidate for the 2023 poll from the opposition camp wants to ride on Peter Obi’s rising profile to hoodwink the electorate even when they know that it is difficult to erase their past negative deeds even with Arabia perfume.

Trust Nigerians, if the unfolding events are used as a barometer, then majority of the electorate will in 2023 vote on individuals basis, a departure from the old order where political party, religion and ethnicity were largely  the determinants.

The question is, Who is afraid of Ikeje Asogwa?

Political checks revealed that Ikeje Asogwa means many things to different people depending on whose side of the divide.

To the opposition flank, their argument is that if the Director General of Peter Mbah’s Campaign Organization must come from Enugu North Senatorial Zone, Mbah ought to have beamed his searchlight outside Udenu’s axis where Governor Ugwuanyi hails from.

Their theory is that there is proximity between Iheaka (Asogwa’s community)  and Orba the home of the incumbent even they are in different local government areas.

For the like of Prince Ejeh Josh, a Legal Practitioner,  “Asogwa is a political figure, who has become a force to reckon with over the years”.

Prince Josh in his birthday tribute to Asogwa this year noted, ” He has the clout. He has the trust. He has the people. He knows the game. And he has what it takes to play it”.

The prolific writer  further said, “As the 2023 general elections gradually approach, one fact is resoundingly irrefutable; Asogwa has the people of Enugu State with him, and to be certain, Enugu North people are unquestionably for him. He has paid his dues. He has made the selfless sacrifices for the people and worked for the progress of many.

“Having Asogwa’s support by any political party in Enugu State in 2023 will be a huge advantage and easy victory. The easiest way for any party to make an inroad to the Lion Building in 2023, from the statistics on ground, is work with a gargantuan stakeholder like Chief Asogwa.

“Having his support is synonymous with having the grassroots voters. Chief is a grassroot political mobiliser. That’ll just be a walkover victory to a party that partners him.

“In the public service, we’ve seen the ENSUBEB Chairman niched a name for himself in leaving legacies too big for his successors to supplant and in setting new records in the annals of any office he wields. His administrative dexterity blends with his uncompromising act of discipline have led to series of innovation in the public service. Enugu State has witnessed reformed public and civil servants under his watch.

“His watchword is simple: efficient service delivery. To achieve this, time must be judiciously and effectively managed since it is of essence for society determined to break even. Discipline is key to drive teamwork toward the target-goal. Motivation is the fuel that will instill responsibility and weather storms of failure to achieving the best results.

“In all the places supervised and superintended by him, standards are achieved and history is left for others. This is why people like Ikeje Asogwa should be encouraged to take more leadership roles for the greater good of the society.

Also reacting to the  appointment of Asogwa (Ide of Iheaka) Jehu Onyekwere Nnaji, a Professor of International law and Global Politics noted, “it is one of the enviable choices the PDP Governorship Candidate Dr Peter Mbah has made, stressing that his appointment is coming at a time PDP is presenting a Governorship  candidate that is  prepared to lift the image of Enugu to a height that will be attainable only when meritocracy is the watchword.

“Ikeje Asogwa as a former PDP chairman in Enugu State knows the terrain and is capable of galvanizing needed human and material resources to propel the Party to victory in the coming general  elections”, the legal luminary said.

“I have no doubt that Ikeje Asogwa will deliver Enugu State and bring about the desired victory at the polls. I say this because I see him replicating the successes he brought about in Enugu State. As M.D. Housing he brought successes  in the construction of Zoo Estate, Liberty Estate phases 1 and 2, Presidential lodge,Garden Estate, upgraded the status of Enugu State Universal Basic Education Board  (ENSUBEB) and a host of other projects”, he added.

On alleged highhandedness as pushed up by Asogwa’s detractors,  Professor Nnaji said that it may be ill conceived idea, stressing,  “he is one man who wants perfection and is strict about value addition”.

His words: You may call him a perfectionist if you like. This attribute of his was what saw him and his services being engaged during the administrations of His Excellency Sullivan Chime and His Excellency  Ifeanyi Ugwuanyi.

“With his appointment by the PDP Governorship Candidate Dr Peter Mbah who in the eyes of many is an accomplished man who wants to revamp and reorder Enugu speaks volumes of the fact that chief Ikeje Asogwa has a success story attached to his name. He is a sellable brand and he surely will put Enugu State on the pathway to  success using the electioneering campaign as an instrument of achieving this lofty objective.

“Ikeje Asogwa’s Nsukka background is an added asset in Peter Mbah’s  campaign and administration. This is especially so because he is a  core Nsukka man who has not failed his people. He is a man loved both home and abroad. His emergence will assuage the pains and calm frayed nerves of any Nsukkka man or woman who feels left out in the scheme of things. This is so because Ikeje is a mass mobilizer and tactician who  knows when to advance and when to retreat.

“I am fully confident that he will put smiles on the faces of any person of Nsukka extraction who hitherto felt neglected or dissatisfied . He will go beyond Nsukka to enliven the lives of many residents of Enugu and give them a sense of belonging.

“In summation, Dr Peter Mbah/ Barr Ifeanyi Ossai ticket will blossom when Chief Ikeje Asogwa begins to put into  process the numerous skills he has acquired that made him succeed in past appointments and there is going to be jubilation for PDP and the entire Enugu residents after the Governorship Elections in March 2023.

As it is, Asogwa has since begun his assignment with an official visit to Mbah’s media office in Enugu on Friday, a development many journalists in the Coal City saw as a mark of humility.