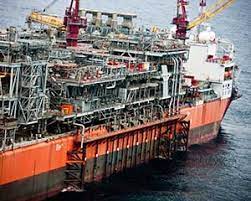 The oil firm announced the development in a statement by Mrs Abimbola Essien-Nelson, its Media Relations Manager

Although the company did not specify how long the scheduled maintenance would last, jt was learnt that a similar maintenance in May 2020 shut down the  oil production facility for at least two weeks.

According to the statement, the scheduled turnaround maintenance of the offshore Bonga asset would be carried out with safety as top priority.

Essien-Nelson quoted SNEPCo’s Managing Director, Elohor Aiboni, as giving  the assurance recently at a session with the chief executive officers of contractor companies participating in the Bonga TAM.

“The Bonga TAM is important to revitalise this important critical national asset. But more important is carrying out the turnaround safely.

“That is what keeps me awake at night. It is our top priority as a company and we promote this by encouraging our staff and contractors to speak up and work only if it is safe,” Aiboni said.

She challenged the CEOs to embrace the culture of encouraging their staff to speak up and stop work if safety is being compromised.

“It is the only way your organisations can thrive as they work to ensure the safe delivery of services for Bonga’s rebirth.”

The statement also quoted SNEPCo’s Senior Asset Management Integration Lead, Jonathan Amakiri as describing the session with the senior executives of the industry service companies as a deliberate strategy by SNEPCo to ensure alignment on safety, speed of execution, compliance, and excellence.

“It is important that we share learnings and demonstrate commitment to addressing the relevant health, safety and environment issues to keep our people safe and motivated,” said Amakiri.

According to the statement, responding to the SNEPCo charge, District Service Manager, Solar Turbines Services Nigeria Limited, Marcus Flynn, pledged the support and commitment of the CEOs to safe delivery of the TAM noting that the contractors would make safety a habit.

“We will continue to make  safety  a way of life. That is the least we owe SNEPCo and ourselves.” he said.

SNEPCo stated that Nigeria’s deep-water oil and gas production at Bonga, a project that increased Nigeria’s oil capacity by 10% when it began producing in 2005.

The company stated that Bonga is located 120km offshore and lies in water more than 1,000 metres deep across an area of 60 square kilometres.

It has the capacity to produce more than 200,000 barrels of oil a day and 150 million standard cubic feet of gas a day.

Share
Facebook
Twitter
Pinterest
WhatsApp
Previous articleUK lays Queen Elizabeth 11 to rest after state funeral
Next articleWhy other political parties should forget the Lion Building as Barr. Peter Mba, is the overall best Governorship candidate in accordance with the principles and practice of Democratic Meritocracy – By Onochiengwu Obuna Esq.