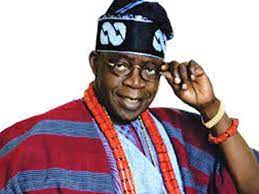 The presidential candidate and National Leader of the All Progressives Congress, Bola Tinubu has left Nigeria to see his doctors in London, United Kingdom, Summitnews has gathered.

This comes a few days before the commencement of political campaign activities ahead of the presidential election scheduled to hold on February 25, 2023.

According to multiple sources, Tinubu left Nigeria at midnight on Saturday for London.

The former governor is expected to see his doctors at a Central London Clinic today (Monday).

“Our principal, Tinubu is sick and tired. He is expected to see his doctors in London today at a Central London Clinic,” a source told Summitnews.

“He left Nigeria 12 midnight on Saturday. He ought to have launched the Presidential Campaign Council today but it was postponed till Wednesday for President Muhammadu Buhari to return from the US. However, it has now been postponed indefinitely.

“There is mass disaffection within the party currently.”

Meanwhile, APC had postponed the inauguration of its 422- member presidential campaign council (PCC) earlier scheduled for Monday to Wednesday.

The list of the presidential campaign council was released on Friday.

According to Bayo Onanuga, spokesperson for the council, members are also expected to participate in a “special prayer session” to usher in the presidential election campaign.

But sources told Summitnews that the inauguration would not hold on Wednesday with the latest developments.