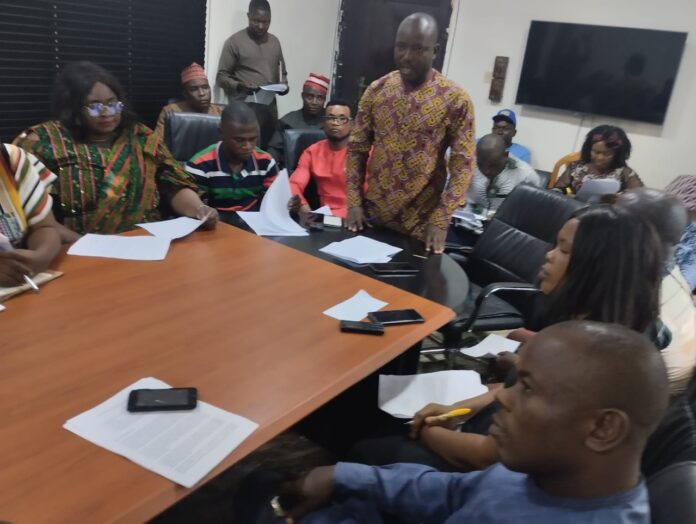 The Independent National Electoral Commission (INEC) said that it would not condone any act of violence or hooliganism in the Presidential and National Assembly campaigns due to start on Sept. 28 nationwide.

Dr Joseph Chukwu, the Resident Electoral Commissioner (REC) in Ebonyi stated this at a meeting with chairmen and leaders of the 18 registered political parties held at the commission’s state secretariat on Tuesday in Abakaliki.He urged the political parties to ensure that their campaigns complied with the rules and regulations guiding the campaign period.

He stated that candidates in the election should guide against the use of foul language during their campaigns adding that political parties must adhere to financing regulations and limits.He stated that governorship and state House of Assembly campaigns would not commence on Sept. 28, but on Oct.12.

He warned political parties not to allow their candidates for the governorship and state house of assembly elections to embark on a political campaign.He called on political parties to strictly adhere to part 5, section 92 of the 2022 Electoral Act.

“Places designated for religious worships, police stations and public offices shall not be used for campaigns, rallies, processions or to promote, propagate or attack political parties, candidates or their programmes and ideologies.

“The REC who admonished the party leaders to ensure that their political parties and their national assembly and presidential candidates run issue-based campaigns said that the commission would sanction political parties that contravened any section of the Electoral act.

“Scheduling of political rallies by two or more political parties the same day at the same venue close to each other,” he added.Chukwu further warmed that nobody whose name did not appear in the list of candidates released recently by the commission should be seen campaigning as a candidate in any part of the state.”This is Ebonyi and all of us are brothers and sisters; we assure you of a credible, free, fair, transparent and all-inclusive election in the state in 2023,” the REC said.

Some of the participants who spoke including Mrs Jennifer Adibe, chairman of the African Democratic Congress (ADC), Mr Solomom Chukwu of the New Nigerian People’s Party (NNPP) and Mrs Unya Onyekach (APGA) described the meeting as timely.

They on behalf of the other participants pledged to take the advice of the commission for peaceful conduct during the political campaigns back to their candidates and supporters and urged the electoral body to ensure peaceful conduct of the 2023 general election in Ebonyi.