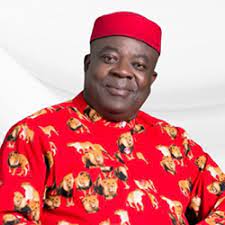 The outcome of the online election that spanned 2 weeks of voting (9th -23rd September 2022) was made public in a press release dated 29th September 2022 by James Taylor, the Director, Communications & Freedom to publish, of  IPA

The release states that “arising from the meeting of the general assembly of the IPA, Karine PANSA (Brazil), was confirmed the president-elect while Gvantsa JOBAVA (Georgia) became IPA Vice-President-elect.

Election results and appointments into IPA’s executive committee for the next three years.

In his reaction, Chief Anioke said: “It is a call to service. It is a call to show that all is well with my State, my country and indeed my continent, Africa. I will devote the next 3 years to showcasing Nigerian and African publishing potentials by paying utmost attention to freedom to publish.”

The International Publishers Association which was established in 1896, in Paris, France, is the world’s largest federation of  national, regional and specialist Publishers’ Associations, comprising 89 organizations from 73 countries .

The International Publishers Association  promotes and defends  copyright as well as freedom to publish, which is a fundamental aspect of the human right to freedom of expression.

IPA stands also for the promotion of literacy and reading. IPA not only promotes the development of international standards important to the publishing industry, it also provides its members with regular information services and advice on publishing-related developments around the world.

IPA monitors cases of violations of freedom of expression and freedom to publish worldwide. It supports Publishers and authors in the case of their prosecution and persecution, and brings their cases to the attention of international organizations, national governments and the media.

By this election, Dr. Anioke is expected not only to participate,  but to lead Nigerian Publishers’ delegation to the forthcoming biennial International Publishers  Congress billed for November, 2022 in Jakarta, Indonesia.