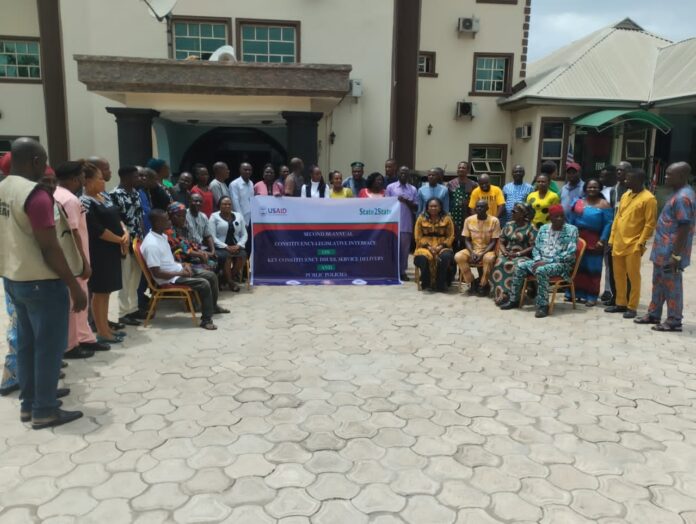 The NGO advised on Tuesday in Abakaliki at a news briefing by Mr Oliver Aja, its Executive Director that prioritising the constituent’s needs and demands in budget preparation would enhance service delivery, especially at the grassroots.

Aja said that the foundation organised an interactive workshop for the leaders of legislative councils in Ebonyi, key officials of the Ebonyi House of Assembly, traditional rulers and other key stakeholders to build their capacity.

He said that the essence of the workshop was to bring the legislators and the people together to interface on issues around public service delivery and policies that affect the people.

The Executive Director noted that a responsive legislative arm would always see the people’s needs as a priority and would therefore make good laws that would ensure that those needs were met.

Aja said that Constituency-Legislative Interface (CLI) would create the needed awareness among the various key stakeholders on the need to prioritise citizens’ inputs in the 2023 budget, especially around key sectors including health, education, water, sanitation and hygiene.

He added that creating the right capacity would arm the people with the requisite knowledge and opportunity to hold their elected representatives accountable as well as present their prioritised needs to the legislatures across the tiers of government.

He said: “It is only with the right information that people will be able to advocate for legislative intervention both in policy and in attracting political will of the executive arm on the issues identified.

See also  Ebonyi @ 26: We have made appreciable development - Ex-commissioner Development -By Paulinus Ogbonna

” Of course, before now the gaps between the people and their representatives are so wide but, we are trying to bridge these gaps and once the gaps are bridged, we expect that under normal circumstances that those that are representing them will have their needs as their priority.”

The project is funded by the United States Agency for International Development (USAID) State2State programme.