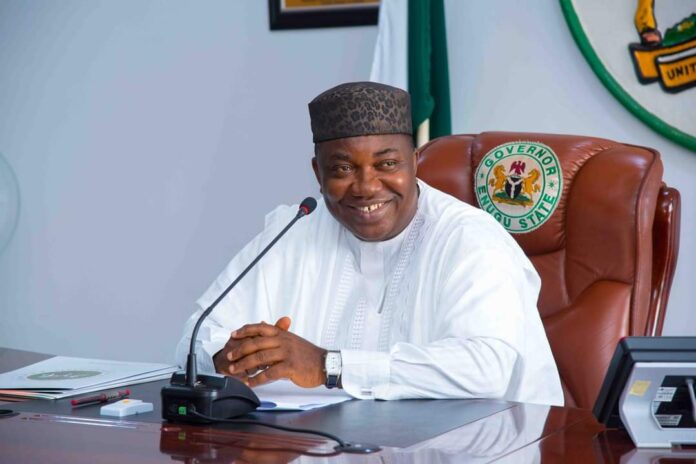 The Civil Rights Realisation and Advancement Network (CRRAN), has threatened to drag the Enugu State Government to court if before the end of October, 2022, it fails to make the multi-billion naira Enugu Diagnostic Centre functional, saying if completed, the centre would solve various health needs of the citizens of Enugu state in particular, and South-East in general.

The group in a statement titled “Multi-billion  naira Enugu Diagnostics Centre lying waste; Refusal of the state government to equip the centre reckless, but deliberate,” signed by its President,  Barrister Olu Omotayo, and made available to SummitNews said that weeds had  taken over the centre, describing it as an eyesore.

The statement recalls that a legal action filed by Civil Liberties Organisation (CLO) against the regime of former Governor Sullivan Chime in suit No. FHC/EN/M/263/2011, forced that administration to complete the construction of the Diagnostics Centre which it had earlier abandoned at the foundation level.

The group also recalls that it filed a suit at the Federal High Court, Enugu,  against the then Chime-led administration to compel it to equip the diagnostics centre after it (CRRAN) learned that the equipments ordered by the administration had arrived the state, but were kept in  an unknown location.

The statement reads:   “The complex housing the Enugu Diagnostics Center with overgrown weeds in the center of the city is an eyesore. The center if equipped would have solved various health needs of the citizens of Enugu State in particular and Southeast Nigeria as a whole.

“It is on record that it was through court action against the regime of former Governor Sullivan Chime, in the Suit: Civil Liberties Organisation V. Commissioner for Health Enugu State, Suit No. FHC//EN/M/263/2011, where the first decision on Freedom of Information Act (FOI), in Southeast Nigeria, was delivered in 2013, that forced the government of Sullivan Chime, to complete the construction of the Diagnostics Center, which it had earlier abandoned at the foundation level.

“Armed with the information that the predecessor (Former Governor Sullivan Chime) of the present state governor had awarded the contract for the supply of the equipments for the Diagnostics center and in fact some of the equipment actually arrived the state but kept in an unknown location, The Civil Rights Realisation and Advancement Network (CRRAN), filed a suit against the Enugu State Government over its’ refusal to equip the Diagnostics Center, Old Trade Fair Complex, Enugu.

“The Organisation in the facts in support of the suit stated that the Contract for purchase of medical equipment for the commencement of operations of Diagnostics Center, Old Trade Fair Complex, Enugu has been awarded and public funds made available for that purpose, but the funds diverted for personal use hence the reason for non completion and the subsequent abandon of the project till date.

“But the State government hides under guise that it was using the center as an isolation center at the outbreak of Covid 19, pandemic and that after the pandemic the center will be equipped to take care of medical needs of the people of Southeast Nigeria.

“The pandemic is no more; no human activity in the complex and it has been overgrown with weeds.

“This letter also serves as Pre action notice to the state government that if the center is not made functional for the purpose for which it was built, before the end of October 2022, we shall commence another round of legal action against the government because we firmly belief that the Project if completed will solve various health needs of the citizens of Enugu State in particular and Southeast Nigeria as a whole.

“The government has clearly shown since our correspondences with it in 2020, that it is not ready to equip the Diagnostics Center with necessary medical equipments so that the center can commence operations to start serving the citizens.

“We submit that the hallmark of democracy is that government must be accountable to the citizens and also know that it is its ‘duty to provide necessary medical facilities needed for the well being of the citizenry.”