2023 general elections should be postponed by 6 months, demands APC chieftain 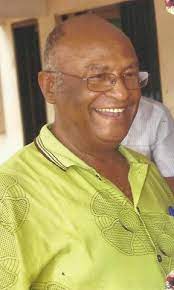 Prince Ozobu: “there is lack of accountability among the political class.”

An elder statesman and a chieftain of the ruling All Progressives Congress (APC), Prince Richard Ozobu, has called for the postponement of the upcoming 2023 general elections for a period of six months, citing the prevailing insecurity and the debilitating state of the economy among other factors.

In an exclusive interview with SummitNews at his Enugu residence, Prince Ozobu, said that the administration that would take over from President Muhammadu Buhari, on May 29, 2023, would find it extremely difficult to take-off if the mounting security and economic problems, as well as corruption in almost all facets of the society, were not resolved prior to the general elections.

“I am saying that if it is possible the 2023 general elections should be postponed for a period of six months to enable the federal government to properly handle the issue of insecurity which has affected several parts of the country.

“The six months should also serve as a period to tackle the economic problems facing the country, otherwise the next administration would be overwhelmed  by the enormous security and economic challenges currently facing the country.” he said.

According to Prince Ozobu,  corruption and lack of accountability among the political class,   especially those at the local and state government levels, have combined to slow down the development of the country in the past 62 years.

He also blamed the youths for not asking their respective local government chairmen, as well as the governors of the various states to explain how money allocated to them on monthly basis from the federation account are being spent.

Prince Ozobu,  maintained that the political class, including members of the state and national assemblies  should be held responsible for the socio-economic and security problems bedeviling the country at the moment.

“When you talk about management and administration at the local and state government levels, you will find out that it is zero.  You will also find out that there is no accountability in the system.

“And going forward, you will also find out that most of the constituency projects attracted by our representatives at both the national and state assemblies have been poorly executed, where they are executed at all.  And I attribute all this to corruption and lact of accountability,” argued Prince Ozobu.

He charged the youths to start asking politicians, including the local government chairmen, and their representatives at both the state and national assemblies to give periodic account of their stewardship.

“The people should make enquiries to know the amount of money that is going to their respective local government councils, and what this money is being used for, and from there, they should move up to the state level, and ask the governors to render accout of their stewardship,” he insisted.

Prince Ozobu, who is also a chieftain of Ohanaeze Ndigbo Worldwide, the apex Igbo socio-cultural organisation, thanked the President Muhammadu Buhari-led administration for giving the road infrastructure in the South-East a facelift.

“We have seen in the last seven years the efforts made by the federal government to develop the South-East region. Besides improving the road infrastructure in the region, the Buhari-led administration has modernised the Akanu Ibiam International Airport, and work has reached advanced stage at the second Niger Bridge,” he said.