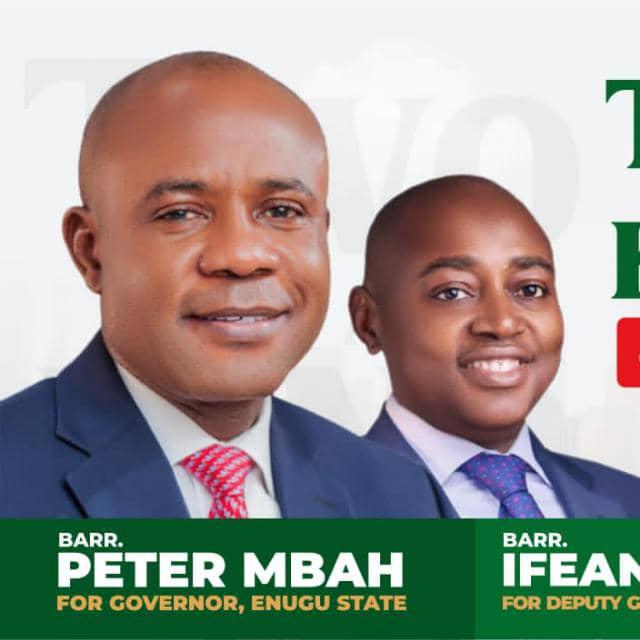 As the Enugu state gubernatorial candidate of the Peoples Democratic Party (PDP), Dr. Peter Ndubuisi Mbah, officially unveils his Campaign Manifesto  tomorrow, October 13, 2022, many residents of the state have urged the PDP flag bearer to embark on a deliberate policy of industrialisation and regeneration of moribund industries across the state if he wins the upcoming governorship election in the state.

According to SummitNews Correspondent who spoke to several people in Enugu and Nsukka municipalities, there is a groundswell of opinion that Enugu should move away from being a civil service state to an industry-based state to reduce the level of the perennial youth unemployment in the state.

The people urged the PDP candidate to partner with the private sector to expand the industrial frontiers of the state, by establishing new industries and reviving the moribund ones if he becomes the  next governor of the state on May  29,2023, when the tenure of the incumbent governor Rt. Hon Ifeanyi Ugwuanyi will expire.

“Enugu cannot continue to be a civil service state, when we have all it takes to establish new industries here, as well as revive the ones that had collapsed over the years,” said Mr. Chijioke Udeh, an Enugu-based businessman.

Mr. Udeh also said the next governor of the state should, in partnership with the private sector, embark on large-scale agricultural production, adding that the state has vast fertile land to  grow food for local consumption and for export.

Mr. Emmanuel Ugwu, an Nsukka-based trader, urges the PDP candidate to transform the state into a tourist destination to increase its Internally-Generated Revenue (IGR), if he wins the next gubernatorial election, regretting that so many tourist centres have been abandoned by successive governments in the state.

According to Mr. Ugwu, “there is no reason why the Hotel Presidential, and the International Conference Centre, both in Enugu, the state capital,  should be left to rot away when these facilities can generate revenue for the state if they are made functional.”

SummitNews recalls that the Hotel Presidential, Enugu, was built  in the 60’s by the government of the defunct Eastern Region, then led by late Dr. Michael Okpara, while the International Conference Centre, was started by the administration of former governor Chimaroke Nnamani, currently a senator representing Enugu East Senatorial District in the upper chamber of the National Assembly.

Mrs. Edeh also urges Dr. Mbah to give the road infrastructure in the state a face-lift, saying that most of the roads in Enugu metropolis  are in  terrible state of disrepair.

She further alleged that the local government system in the state has become moribund, and urged the PDP candidate to ensure that monies meant for the councils are paid directly to them, so that the chairmen of the respective council areas can complement  efforts of the state government in developing the state.

According to a release by the Media Office of Dr. Peter Mbah Campaign, the unveiling of the manifesto will take place at Dr. Peter Mbah Law Auditorium, Godfrey Okoye University, Enugu, by 11 am of Thursday, October 13, 2022.