2023 GOVERNORSHIP ELECTION IN ENUGU: THE DILEMMA OF VOTERS – BY CALLISTUS EBUE 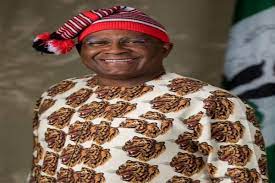 On 28th September, 2022,  the Independent National Election Commission (INEC) officially lifted the ban on electioneering campaign nationwide for candidates to begin to sell their manifestos to the electorates; a golden opportunity for those who are without scruples and desperate to begin to sell what they do not own and promise what is not theirs to give. Even before that date, politicians had already started campaigning unofficially, which they christened consultations.

Enugu state, one of the states where gubernatorial election will take place is faced with difficult choice, not because of paucity of gubernatorial candidates, but the dilemma of electing a round peg in a round hole of governance in the state, which had been the bane of the state since the advent of the current democratic dispensation in 1999. Unfortunately, good governance had become a luxury too expensive for Enugu State to afford.

The longing for a paradigm shift in the political leadership of the state as a result of inept leadership of successive Peoples Democratic Party (PDP)  administrations in the state since 1999, is beginning to gain momentum like the Obedient movement.

Former United States President Dwight Eisenhower, made it clear that only if basically the democracy of our day satisfies the mental, moral and physical wants of the masses living under it, can it continue to exist.

This was the unfortunate situation the people of Enugu State found themselves under the PDP,  beginning with Senator (Dr) Chimaroke Nnamani, in 1999. His service records wasn’t edifying in the least. For him the mere possession of power was an end in itself. He does not care about the cost in Naira or Dollars and a more precious currency- human integrity, as long as he gained power. A good student of ROBBER THEORY that all power is for mastery, and HIRELING THEORY that all power is for wealth.

Chimaroke as governor, never shrank from violence and intimidation of his opponents of whatever hue. For eight years, he occupied the political landscape of Enugu State like a colossus, conducted the affairs of the state like a demigod. For eight years he stagnated the work force of Enugu State with his famous dictum. “When you owe workers for three months straight, they would be preoccupied thinking when the next salary would come, but pay them regularly as at when due, they would start thinking about embarking on strike” He maintained this evil policy until the end of his tenure

While he was owing workers, he wasted the state resources on ego trip “Lecture Series” across the federation packaged for him by Chief Ayogu Eze, Ogazi Morah and Festus Adedayo. Dr. Chimaroke Nnamani never won any election fair and square beginning with PDP primaries in 1999.

In 2003, governorship election, he woefully lost at the ballot box, but due to other variables, he was declared winner by INEC at a great cost to the state. His credo was that people’s votes don’t matter, that was why he absconded during voting for the introduction of electronic transmission of results at the red chamber.

They were all hailers of the infamy that characterised the Chimaroke Nnaman’s administration for eight years. Today, they all want to resurrect the EBEANO monster from its ashes under different political parties platforms.

First of all, he demolished the former Ikenga Hotels quarters that were allocated to low income civil servants and built Coal City Gardens on the land, expecting the poor civil servants who were displaced to pay N39,000,000 for one duplex. He ought to have used the land to build low income houses that would be affordable to the original alotees that were displaced. How can that be? Such “dregs” of the society have no column in his agenda.

Secondly,  he also demolished landmark colonial legacies in Enugu to give way to an ultramodern state Secretariat Complex that has not been completed uptil today in-spite of humongous resources expended on it.

Beyond that, his greatest Achilles heel and albatross around his neck was that he was besmirched by the witchery and wiles of feminity, abandoning critical decisions of his administration in the hands of his Chief of Staff Ifeoma Nwobodo. This led to another seven years of PDP disaster in the state under the watch of Ifeanyi Ugwuanyi the incumbent Governor of the state. This is a story for another day.

Enter  Labour Party (LP) governorship candidate Chijoke Edeoga. Is he who is to come or shall we look for another? Before answering the question, let’s have a peep into his antecedents. He is a protege of Nwodo dynasty. Married to the first daughter of Grace Obayi, (nee Nwodo).   He got his first major public service job as one of Okwesilieze Nwodo’s speech writers at Government House Enugu in 1993 during the ill-fated Third Republic.

From there, his astronomical rise in politics starting from Chairman Isi- Uzo LGA, member House of Representatives, representing Isi- Uzo/Enugu East Federal Constituency, back to Enugu state as Commissioner under Governor Ifeanyi Ugwuanyi, had the imprimatur of Okwesilieze Nwodo a former National Secretary and Chairman of PDP.

He contested for PDP governorship candidate and lost to Peter Mbah. As we all know, quest for power is the stock in trade for our politicians, therefore, alliances were conveniently arranged and are seldom permanent, shifting with the pressures of the time and advantages of the moment, Edeoga moved to contest under the platform of Labour Party, even when his Obedient status is still doubtful.

All the above candidates of these major four political parties were die in wool PDP stalwarts, divided into two political camps – the EBEANO political dynasty and the Nwodo’s political dynasty. The contradictions in all these were that the godfather of Chijoke Edeoga (Okwesilieze Nwodo),  is highly Artikulated, while the founder and mastermind of EBEANO dynasty Chimaroke Nnamani, is an unapologetic BAT supporter. And yet, they wanted us to vote for their candidates. Duplicity of unimaginable proportion.

Apart from  Edeoga  – candidate of the LP, who belongs to the Nwodo’s political dynasty, the other three candidates, Peter Mbah, PDP, Frank Nweke Jr, APGA, and Uche Nnaji APC, have cult loyalty to Chimaroke Nnamani –  he made all of them. Therefore, voting any of them amounts to devils alternative, because it will not change the narrative or the trajectory of political leadership in the state. Enugu State will be stocked with another era of PDP of either political dynasty even if it is wearing a different political garb.

Be that as it may, there are other candidates contesting in other political parties, the electorates should begin now to x-ray their antecedents and pedigree, they should not limit their choice to candidates already mentioned above. Enugu people/voters shine your eyes kpom