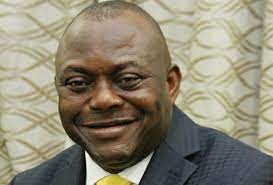 Commending Buhari for the appointment, Eradiri in a statement on Sunday , said Audu-Ohwavborua deserved the support of stakeholders pending the inauguration of the commission’s substantive board.

While expressing optimism that the board promised by the President would soon be ready, he insisted  that the existing management of NDDC must be allowed to implement its vision for the commission.

He observed that Audu-Ohwavborua had already hit the ground running by refocusing and repositioning the commission for optimum performance.

Eradiri said on assumption of office, the acting MD gave clear directives on the flood disaster that ravaged the Niger Delta adding that the commission was in the process of rolling out massive relief materials and medical interventions to assist victims of the flood.

He said Audu-Ohwavborua had also paid internal obligations including salaries of some categories of workers accumulated by the NDDC and had taken steps to reoroganise the commission.

He noted that the acting MD had also commenced consultations with critical stakeholders and member states to get their inputs and bring them up to speed with the ongoing reforms in the commission.

Eradiri described the acting MD as an experienced administrator, who understood the challenges of the NDDC and possessed the capacity to proffer required solutions having been part of the commission’s system.

“We are happy with the appointment of  Emmanuel Audu-Ohwavborua, and we commend President Buhari for his commitment to the wishes of the people of the Niger Delta region.

“The Acting MD has been part of the commission’s system and knows the need and challenges of the youths of the region. He is a round peg in a round hole. This is perhaps the first time someone within the NDDC system, who risen to the position of a director is being appointed to manage the affairs of the commission.

“We call on all the youths and stakeholders in the Niger Delta to support the new acting MD to enable him carry out his vision and mandate for the commission pending the inauguration of the substantive board of the NDDC.

“The acting MD has shown that he understands the challenges of the NDDC following his performance since he assumed office.  He has since then given clear directives on the flood disaster and the NDDC will soon roll out massive relief materials and medical interventions to support victims of the flood.

“Besides, the new MD has refocused and repositioned the commission for optimum performance. He has also ensured payments of internal obligations including accumulated salaries of some categories of workers”, Eradiri said