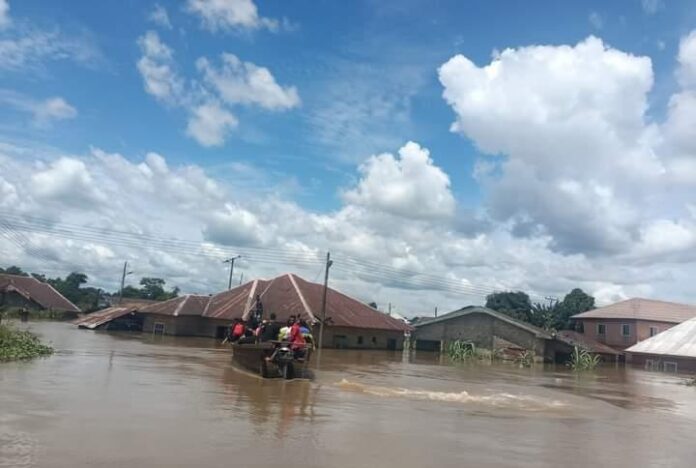 According to the non-governmental organisation, the gesture is to cushion the effect of the flood in the area.

Speaking while handing over the food items to the leadership of Ikarama community on Thursday, Chief Alagoa Morris, an Environmentalist who represented HOMEF said the food items were sent by the Director of HOMEF, Reverend Nnimmo Bassey, to identify with the people who are going through pains occasioned by the ravaging flood, just as he did in the 2012.

The Paramount Ruler of Ikarama Community, Chief Gospel Okah, and the CDC Chairman, Mr. Joel Ebi John while receiving the food items, expressed appreciation to Morris and HOMEF for identifying with them in their time of need.

The Ikarama Youth President, Mr Glitter Ziah and the Women leader, Chief Mrs Ayebakoro Warder, who were elated by the gesture , also thanked the HOMEF Director, Bassey for his several supports to the Community.

Bassey, who holds a national honours of Member of the Order of Federal Republic (MFR) for Environmental Activism, monitors oil pollution and remediation at Ikarama oilfields noted for frequent oil spills.

Food items donated include bags of rice , beans, tubers of yams, cartons of noddles, kegs of palm oil, bags of sachet water and onions amongst others.