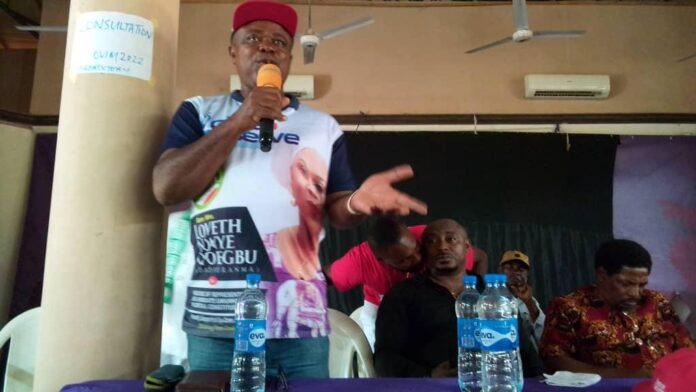 The President General Ovim Community League, in Abia State, Sir Godwin Aguegbe has enjoined governments at all levels to always support youths development for the good of all.

Sir Aguegbe who was represented by the National Secretary Ovim Community League, Chief Ndy Duroha, warned youths to desist from being used as a thugs or instrument of destruction by the unscrupulous politicians or other individuals to cause a breech of peace or unhealthy environment in the society

In his remarks, the Chairman of the occasion who is also the member representing Arochukwu/Ohafia Federal Constituency, Chief Uko Nkole, represented by the PDP candidate for Isuikwuato State Constituency,Mr Lucky Johnson, stressed the need for youths to remain focused and resolute in all they do and thanked the organisers of the programme for thinking it wise to organize a forum where youths could be nurtured and guided accordingly.