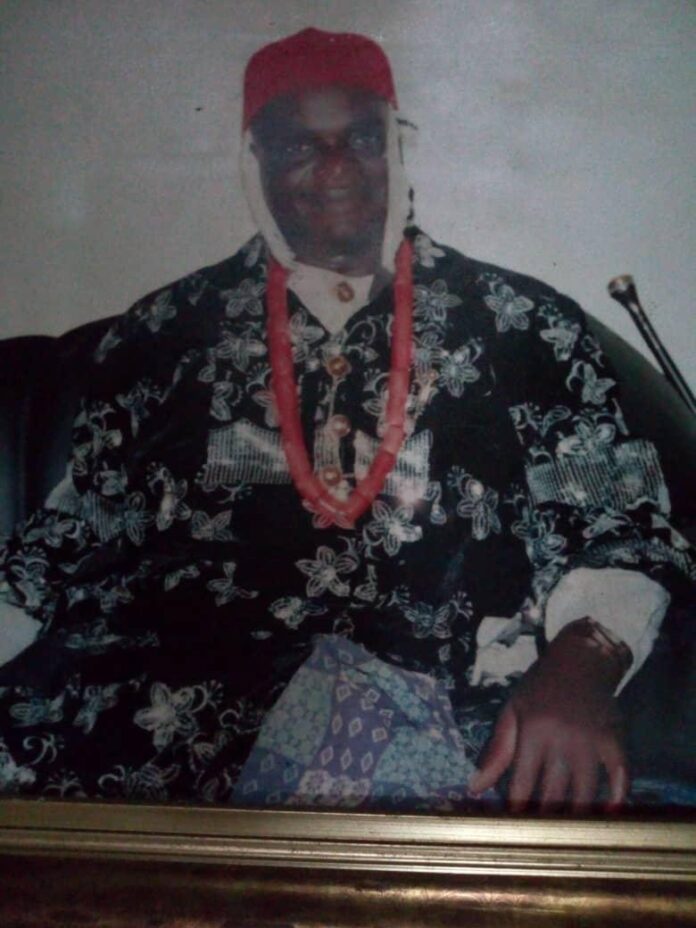 Chief Dr. Cockrene Udo: ” We expect our people to be employed in this new facility.”

Chief Dr. Cockrene Udo, the Ochialiri 1 of Rumukpakani community in Rumueme clan in Obio/Akpor Local Government Area of Rivers state, has said the siting of Dr. Nabo Graham Douglas campus of the  Nigerian Law School in Rumueme Kingdom will usher economic and social upliftiment of the clan

Dr.  Udo who  stated this on the sidelines of the commissioning of the law school on Friday by President Muhammadu Buhari, thanked the Rivers state governor Ezenwo Nyesom Wike, for siting the law school in the area, describing the governor as a visionary leader.

He said:  “The siting of the law school in Rumueme Kingdom is an upliftiment to the Rumueme Kingdom and Rumueme people because it has brought a lot of changes and much development economically and otherwise.

“The community is expecting much through the siting of the law school, we expect that the federal government should give special recognition to our community. We expect that the school authority should give employment to our qualified brothers and sisters, for lecturing, office jobs not just cleaners or gardeners and security because Rumueme Kingdom is blessed with knowledgeable people”

Recall that President Buhari  while inaugurating the law school in Port Harcourt said the institution will not only sustain itself financially, but will aso generate revenue to the federal government.

The president who was  represented at the occasion  by the Attorney General of the Federation and Minister of Justice, Abubakar Malami, SAN, described governor Wike as a man of higher vision.

He said:  “I need not engage in poetic verbosity to properly describe the grand wonder that is being commissioned today. The icing on the cake is the fact that this edifice and its state-of-the-art facilities are structured to be self-sustaining through, associated revenue earners, as designed by a man of higher vision who is now fondly referred to as Mr Project.”

President Buhari reiterated governor Nyesom Wike’s extended development initiatives to the neighbouring Bayelsa State, by executing multi-billion-naira projects that included a 900-bed space hostel and 1,500-capacity auditorium, in the Yenagoa Campus of the Nigerian Law School, which noted, is in addition to the provision of critical infrastructure support extended to federal courts in Rivers State, over the years.

“These are indeed pace-setting and unparalleled contributions by a State Government to what is ordinarily under the remit of the Federal Government.

“Governor Wike’s dedication to these projects is better appreciated from the viewpoint of his being an unrelenting advocate of true federalism in Nigeria,” he concluded.