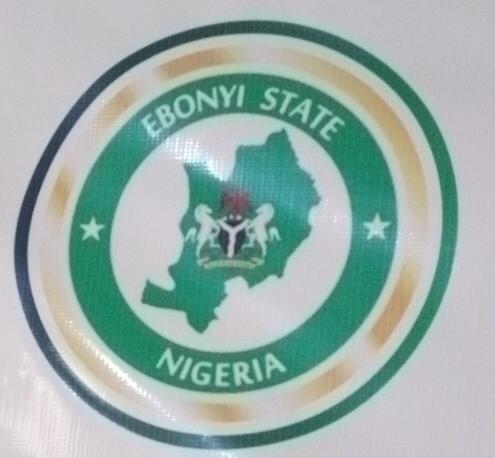 The Ebonyi State government has urged the public to discountenance a publication credited to a firm known as Andrew Bishopton Nig. Limited, and its partners, Mauritz Walton Nig Ltd, which claimed that they got a court order to garnish the accounts of Ebonyi State Government.

The state Commissioner for Information and State Orientation, Hon Uchenna Orji, said while briefing newsmen on the development, that the claim was false and described it as “shenanigans of fraudsters”.

A Federal High Court sitting in Port Hercourt, recently ordered the Central Bank of Nigeria to commence deduction of over thirty billion naira from the Federation Allocation Account, due for Ebonyi State Government.

The Court equally ruled that the Ebonyi State Government should pay ANDREW BISHOPTON NIG LIMITED and its partners, Mauritz Walton Nig Limited, the sum of N118,787,380.00 and other sums for failing to keep to the terms of their contract agreement.

In 2016, the Ebonyi State Government allegedly contracted ANDREW BISHOPTON NIG LIMITED to pursue and recover monies illegally deducted on both its foreign and local loans and facilities.

Summitnews gathered that the firm took the Ebonyi State Government to Court over its  reluctance to keep with  the agreed contract terms.

But the State Commissioner said Government had in different communications extracted confessions from the representatives of Andrew Bishopton Nig Limited to the effect that the company and its partners acted in bad faith and had no contractual basis to make claims against the State or its Local Government Councils.

He said the representatives of Andrew Bishopton Nig Limited had on August 2, 2022, in affidavit of facts they deposed, voluntarily distanced themselves from Suit No FHC/CS/35/2022 between Andrew Bishopton Nig Limited & Anor and the Government of Ebonyi State & Ors and the judgment thereof delivered on 15/7/2022 and they further stated among others:

i. that the persons who instituted this Suit do not have the consent of Andrew Bishopton Nig Limited to institute the case.

ii. that the Directors of the company never passed any Resolution authorizing the commencement of the Suit.

iii. that the State Government and or Local Government Councils do not owe Andrew Bishopton Nig Limited any sum.

iv. and that the Suit was brought in bad faith as the State Government and or Local Government Councils are not indebted to Andrew Bishopton Nig Limited in any sum.

The Commissioner further said the Local Government Councils of the State which had just little business with the firm had already gone to a Court of competent Jurisdiction and secured a valid and subsisting order restraining the said Companies and other relevant parties from further making such claims.

“The State Government which was falsely and ridiculously sued by the scandalous companies has secured a valid order setting aside the Order Nisi and Order Absolute for lacking in merit and the appeal is now being heard on merit at the Court of Appeal,” he added.

“Infact, through a Court Order dated July 7, 2022, the High court restrained the said companies, their privies and other necessary banks from accepting for, permitting or allowing the execution of any judgment either by garnishee or any writ of execution whatsoever, against the respective Local Government Areas or any of their Departments, Agencies and Assigns or Government of Ebonyi State without due compliance with Section 3 of Ebonyi State Sheriffs and Civil process (Amendment) Law No.005 2018 and Section 84 of the Sheriffs and Civil Process Act, Laws of the Federation of Nigeria 2004 by first obtaining the consent of the Honourable Attorney General of Ebonyi State pending the hearing and determination of the substantive suit already filed in the Court,” he emphasised.

Continuing, he said, “we view the claims of Andrew Bishopton Nig Limited as absolutely irresponsible as they had in an affidavit dated August 2, 2022, confessed that the State Government had released the sum of Fifty Million Naira to Andrew Bishopton Nig Limited as one and final payment/settlement of any perceived professional fee in the course of their earlier but duly terminated consultancy services, while we view the claims of Mauritz Walton Nig Ltd as reprehensibly fraudulent as the company has no material relationship whatsoever with the State Government and or Local Government Councils of the State.”

Orji maintained that the statement of fact was confirmed by Andrew Bishopton Limited in the affidavit sworn by its representative before the High Court registry, dated August 2, 2022 wherein the representative of the company stated that Mauritz Walton Nig Ltd is unknown to the transaction, subject matter of the Suit and that the judgment in the Suit was obtained by misrepresentation and without the consent of Andrew Bishopton Nig Limited and thus is bound to be set aside.

He recalled that the Court of competent jurisdiction further reprimanded Mauritz Walton Nig Ltd and awarded damages against the company for attempting to obtain judgment by fraudulent means and urged the public to ignore the antics of the infamous companies.