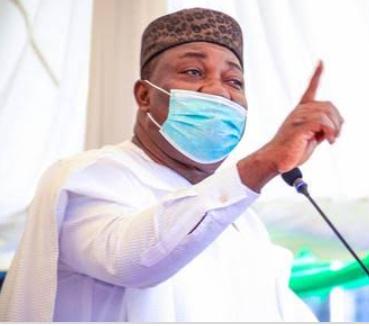 Gov. Ugwuanyi:” Steps must be taken to protect young ones against drug abuse.”

The Governor of Enugu State, Rt Hon. Ifeanyi Ugwuanyi, has expressed the determination of his administration to assist the National Association of Nigeria and Drug Monitoring (NANDRUM) in its fight against illicit drug trafficking.

Ugwuanyi, who was represented by his Special Assistant  on drugs and narcotics, Stephen Egbeogu, made this promise during the inauguration of National Association of Nigeria Drug and Monitoring (NANDRUM) Enugu State chapter at Nike Lake Hotel Enugu.

He lamented the  dangerous effect of consumption and trafficking illicit drugs in the society, warning that the situation could degenerate if urgent steps are not made to protect the young ones in the society against the drug abuse.

Ugwuanyi commended the national assembly for taking a bold step in the fight against this drug abuse in our society.

He expressed optimism that the inauguration of NANDRUM Enugu State chapter will help to address the complex problem associated with illicit drugs in the society.

The governor advised the association to adopt those preventive mechanism by preventing those things that will make young ones to start using drugs.

“Most importantly to bring medicine dealers together in one voice and one vision. It is important to note that medicine dealers make up the membership of NANDRUM nation wide including students from primary School” she said.

“NANDRUM has been inaugurated in so many State but are not limited to Anambra, Imo, Lagos, Abia, Delta and so many others. Now we are inaugurating Enugu State chapter.

“This is to show the fact we are already winning this war against drug addicts, illicit drug trafficking and sale of government prohibited drugs in Nigeria. We should all join hands together in achieving our goals as a member of this great association”.

She congratulated the incoming Enugu State NANDRUM Chairman and his executives on their appointment. She noted that Nelson is a visionary dogged leader whom she admire his war ethics. Okoye advise Enugu State people to work with them effectively and efficiently in making NANDRUM thrive in Enugu State.

The Chairman of National Association of Nigeria Drug Monitoring (NANDRUM) Enugu State Chapter, Nelson Maduabuchi, earlier in his welcome address said that NANDRUM Enugu in few months time will be unfolding their plans and initiatives through activities like seminars, preventive education, advocacy, sensitisation and other special event. Where they will try harder to reach out to the youths before the illicit drug reaches them.

He noted that they also plan to play key roles in the treatment and rehabilitation of the youths that has fallen victims to drug addicts. “It is a noble cause that we have to pursue, to save the weaker vessel who may be ignorance of the effect of illicit drug. We need to help and save them, and also do a great job to save our humanity and our society” he said.

The Chairperson Nigeria Association of Women Journalists, Enugu State chapter, Comrade Ngozi Ngene, who was represented by the Financial Secretary Comrade Sylvia Udegbunam, during an interview with journalists said that NAWOJ will support NANDRUM and other relevant agencies through their various media to inform,sensitise and educate drug abuse users on the effect of illicit drug to human health.

“We will ensure that we educate on the dangers of sharing the same syringe they use in injecting these drugs into their system, which can lead to blood borne diseases among them are diseases like tuberculosis, HIV, AIDS, Hepatitis B and C etc can also be transmitted to members of the public.

“We will further sensitise them that wrong use of illicit drug can fuel crisis like fighting, Armed Robbery, unnecessary killings and other vices” she said