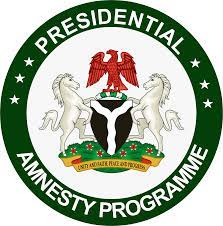 The Chairman, Strategic Communication Committee (SCC) of the Presidential Amnesty Programme (PAP), Pastor Mr. Nature Dumale, has commended efforts of the Minister of the Niger Delta Affairs, Umana Okon Umana, and the acting Managing Director of the Niger Delta Development Commission (NDDC), Emmanuel Audu-Ohwavborua, to reposition the NDDC to actualise its mandate.

Dumale, who spoke on Friday, recalled that Umana vowed to deploy due process in NDDC especially in the award of contracts insisting that procurement and audit must play their vital roles in contractual processes.

He said: “On Umana’s first official visit to the NDDC, he had an interface with staff of the commission and made certain promises. Over the years we have seen ministers make promises and at the end of the day fail to fulfill them. But we have seen Umana matching his words with actions.

“Over 1000 contracts have been cancelled. This is a right step in the right direction. This action will not be very comfortable with those that are involved but I see it as a way of protecting the Niger Delta region and the NDDC.

“Over the years, billions have been voted into Niger Delta region and nothing or very little is seen. This action will help the region to achieve the aim in which NDDC was established in the first place as an intervention agency.

“Last time, I checked, multinational oil companies declared how much they give to NDDC as their support to the development of the region where they operate and I was frozen in fear. I wondered if that amount of money entered NDDC, why was the region not transformed?

“Another challenge is that contracts were awarded without funds to implement them. Procurement should be properly checked. Some of those canceled contracts were those that money was released to contractors and they did not go to site.

He commended the quick intervention of Umana and the NDDC on the portions of the  East-West road damaged flood.

Dumale appealed to stakeholders of the region to throw their weight behind the minister and the NDDC boss to enable them realise their visions for the region.

Dumale, who is also the  National Secretary of First phase ex-agitators, said their quick intervention was a demonstration of their passion for the Niger Delta Development.

He said: “I appreciate the minister of Niger Delta Affairs and the acting MD of NDDC for the steps they have taken to repair some parts of the Mbiama section of the East/West road destroyed by the flood in recent times, this is the only way our poor parents, brothers and sisters who are not contractors in NDDC will benefit from the invention  mandate given to NDDC for the Niger Delta region.

“Umanah has the  interest of the region at heart.  He did not play politics with the promise he made to the staff of NDDC and the region. I, therefore, call  on all Niger Delta stakeholders to support the minister”.