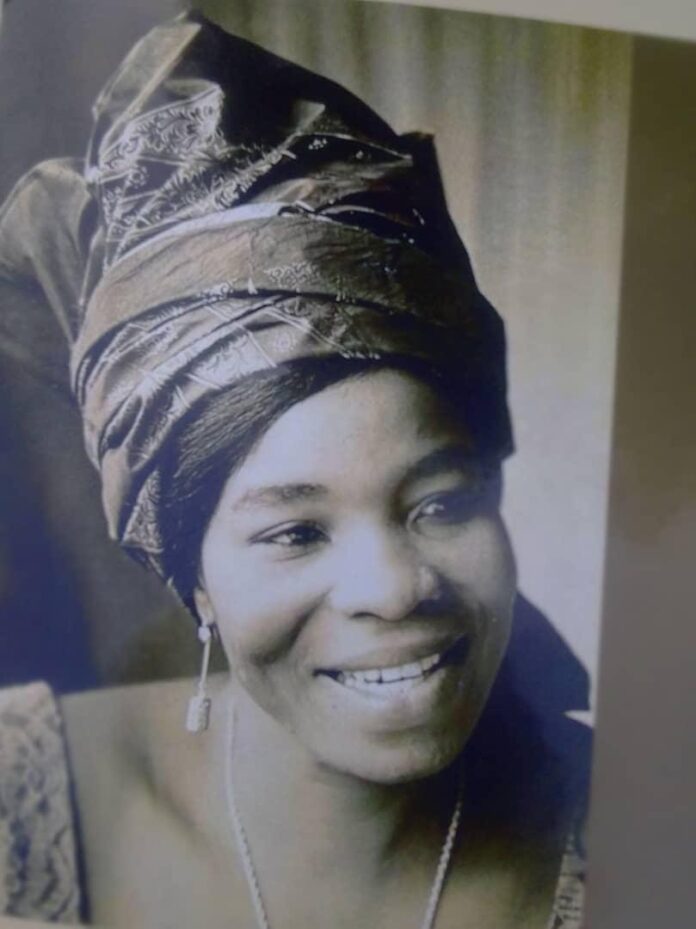 Chief Mrs Oyibo Ekwulo Odinamadu, MA, MON, KSC, JP, nee Akwuba, was born on January 2nd, 1928, to the family of Mr. Ekemezie and Mrs. Mgboye Akwuba, of Awkuzu in Oyi LGA of Anambra State. Her parents were among the third-generation early Christian converts.

She had her early education in Nigeria, and left for the United States of America in 1948, for further studies, on a scholarship. She earned a Bachelor of Arts in Education/History/Sociology from the Lincoln University, Missouri, in 1952; and Master of Arts in Education (Social and Philosophical Foundations of Education) from Teachers College, Columbia University, New York City, USA, in 1953.

In the course of her career, she was the Principal of Women’s Training College, WTC, Enugu; Principal, Queens School, Enugu; Inspector in -charge, Examinations and Teachers Registration Branch, rose to the rank of Inspector of Education, Grade One, and retired voluntarily in 1971.

She married Benedict Obidimma Odinamadu in 1957, in a union blessed with two sons, Osii and Emeka, and two daughters, Mrs. Ijeoma Emejulu and Mrs. Ifeatu Onubogu.

Mrs Oyibo Odinamadu started the Echo Enterprises Limited and went into the business of retail and wholesale of supermarket goods, with a fancy goods and boutique section. The company had branches at Abakaliki and Onitsha. Her husband later joined her in business, and added a road haulage section, Pelican Transport Company. He also floated John Kenneth Nigeria Limited for the importation of goods.

In 1978 she joined the Unity Party of Nigeria, UPN, led by late Chief Obafemi Awolowo. She was elected the National Vice President of the party and also served as the party’s Chairman of the National Working Committee from 1978 to 1984.

A house is named after her in Queens School, Enugu, as well as in the Women’s Centre, Abuja.

She authored several books like the 1980 -The Dilemma Of The Igbo Political Elite, and Fair Play, Igbo Women Plead For Compassion, Equity and Fairness, and was working on some literary projects, including Cultural Practices Of Igbo People, and others, before she passed away in the United States of America, at the ripe age of 94, and was laid to rest on Friday, November 18th, 2022, at her hometown, Abatete, in Idemili North Local Government Area of Anambra State.

On Friday, November 25th, 2022, an event, Celebration Of Life And Book Launch, was held at the Cinema Hall, Enugu Sports Club, during which Fair Play was launched. Chief Nnia Nwodo, immediate past President-General, Ohanaeze Ndigbo Worldwide, and Professor Elochukwu Amucheazi, the former Director General of the National Orientation Agency, and many others, were among the dignitaries who attended the event..

She was survived by her children, and many grandchildren.

May her gentle soul rest in perfect peace. Amen!