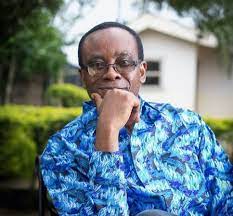 A renowned environmentalist, Dr, Nnimmo Bassey, on Tuesday canvassed solidarity amongst stakeholders across the African continent to address the climate crisis.

Bassey, who holds a national honour of Member of Order of Federal Republic (MFR) for Environmental Activism,  made the call at a virtual session hosted by Health of Mother Earth Foundation  (HOMEF) in its School of Ecology series titled Political Ecology.

According to him, political ecology involves the study of the relationships between political, economic, and social factors as they all interrelate with environmental issues and changes.

He said that today’s environmental problems are linked to global political and economic models that are basically neo-colonial and imperialistic, adding that t is believed that the road to finding a problem’s solution begins with identifying its cause or source.

Bassey, Executive Director at HOMEF, noted that the environment was intricately linked to politics and economy dominated by corporations that extract fossil fuels that cause global warming.

He said that Africa and the global south have been victims of extractivism from the slave trade era when developed countries took advantage of human resources from Africa adding that the extractive industry was mddelled to satisfy the energy appetite for developed countries.

The environmentalist said that a solidarity against the extractive industry was imperative to compel the world to quit fossil fuels and switch to renewable energy sources.

He expressed regrets that the recently concluded Conference of Parties 27 (COP 27) climate conference did not provide an actionable roadmap out of the climate crisis facing the world as the conference was in the grips of the extractive industry.

He urged environmental rights crusaders, scholars and media to close ranks to organise to resist the political domination against Africa by promoters of the extractive sector.

Ikal Angelei, a Kenyan Environmentalist in her contribution dismissed the narrative that retaining natural agroecology practices could lead to food insecurity and insisted that the entry of genetically modified crops has led to lack of food sovereignty as they had taken away the indegenous crops.

She said that there was an urgent need to mobilise political pressure against moves to privatise natural resources like water as it served the interests of capitalists.

Also speaking Thuli Makama, an Environmental Rights Lawyer in Swaziland regretted that colonialism had bastardised the human dignity of Africans and advised Africans to take deliberate steps to restore dignity.

According to her, the African countries should mount pressure against the economic model that takes away the natural resources of the people and dispossess them of the right to be entrepreneurs and promise them jobs and insisted that the practice cannot be developed.

On his part, Ken Henshaw, a Nigeria Social Activist explained that the idea of using up available natural resources by man and turning them into commodities was unfair as man was only a part of the universe.

“This brings me to the concept of resource democracy, the earth does not belong to man alone, if you  look at both Christian and Moslem theology, you will find out that animals were here before us.

“We also owe a duty to leave behind resiurces for unborn generations to inherit and not to exhaust everything,” Henshaw said.

The virtual session was anchored and moderated by Mfoniso Antia, Lead, Ikike Desk, the learning  organ of HOMEF.

The event drew speakers and participants from the collaborating groups’ volunteers from several states of the federation and other African countries including Kenya, Swaziland and South Africa.