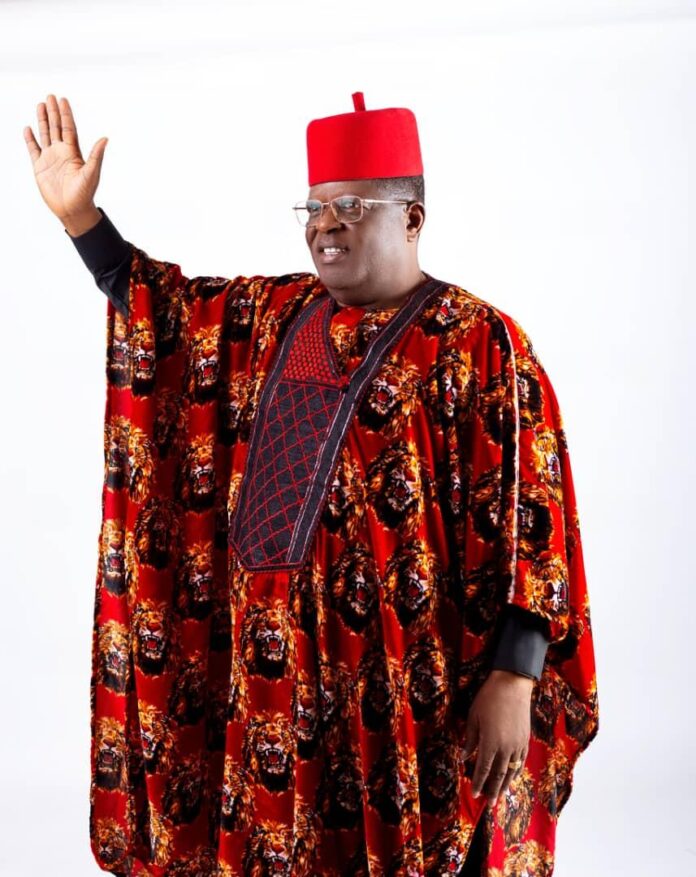 The Supreme Court on Friday affirmed the Ebonyi State Governor, Dave Nweze  Umahi, as the authentic candidate of the All Progressives Congress (APC), for the Ebonyi South Senatorial District in the upcoming 2023 general elections.

In a unanimous decision, a five-man panel led by Justice Kudirat Ekekere-Ekun, dismissed an appeal that was filed by an aggrieved aspirant for the senatorial seat, Princess Ann Agom-Eze.

The panel held that the appeal lacked merit and ought to be dismissed.

Agom-Eze had approached the court to set aside the concurrent judgments of both the Federal High Court and the Court of Appeal in Abuja, which upheld the outcome of the primary election that produced Governor Umahi.

Mrs. Agom-eze had emerged second in the initial senatorial primary the APC held on May 28, which was won by Austin Umahi, the younger brother of Governor Umahi.

However, after Governor Umahi failed in his bid to clinch the presidential ticket of the APC, his younger brother was said to have voluntarily relinquished the senatorial ticket to him.

Not satisfied with the process, the Independent National Electoral Commission, INEC, said it would not recognize his candidacy.

Following a suit that was filed by Mrs Agom-Eze, a Federal High Court sitting at Abakaliki nullified Governor Umahi’s candidacy and ordered that a fresh primary election should be conducted within two weeks.

Owing to the court judgement, APC conducted a second primary election on July 31, which was won by Governor Umahi.

The appellant, who was dissatisfied with the decision of the party to conduct the new primary election, went to court to secure a restraining order.

The suit was dismissed by both the High Court and the appellate court which held that it found no reason to invalidate the outcome of the second primary election.

In its judgement on Friday, the Supreme Court also upheld the primary election and affirmed governor Umahi’s candidacy.