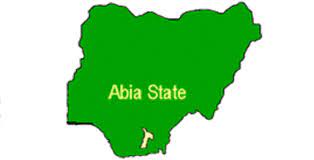 The Anambra Community in Aba, the commercial nerve centre of Abia State, has concluded arrangements to build 2.5 billion naira edifice to be called ‘Anambra Towers’ in the commercial city to immortalize their founding fathers and showcase their talents in entrepreneurship in Africa.

The planned towers, according to them, when completed, will also serve as a centre of business activities, excellence and unity

Chief Sir Alphonsus Udeigbo, Vice Chairman of Anambra Unions who disclosed this in an exclusive interview with our Correspondent on Saturday, stated that the rich cultural heritage of the Ndi Anambra will be made manifest in the building when completed Udeigbo opined that over the years Anambra Community in Aba had led the way in the commercial and business growth of the commercial town, stressing that now is the time to put in place an enduring legacy and monument for such their huge contribution to Abia State.

Udeigbo, who was also the Secretary of the Planning Committee of the recently concluded ‘Anambra Cultural Day’ and currently the President General of Aba Landlords Protection and Development Association (APALDA) further stated no Anambra indigene living in Aba will be left out in the execution of the project.

“It is a well known fact that over the years Anambrarians have been leading the way for the business and commercial development of Aba. It is also known that Anambra people have a rich cultural heritage. So our intention was to use it to celebrate Ndi Anambra as well as our culture.

“The Anambra Tower will indeed serve as our rallying point and of unity and peace,” he declared.

Earlier, the Chairman of Anambra Unions, Chief Emma Nwakpadolu, had informed that this year’s edition of the Anambra Cultural Day was originally scheduled for 2019, but had to be shifted to 2022 due to the COVID-19 pandemic.

According to him, the periodic event was conceived by their progenitors to serve as a vehicle for the sustenance and inculcation of their rich cultural heritage to future generations.

Nwakpadolu noted that the tower, apart from serving to promote business activities of the people, will create several job opportunities in the state. He therefore called on all public spirited people to support the project.

Culled from The Witness

WHAT USO ABIA WILL DO IN REGIONAL INTEGRATION