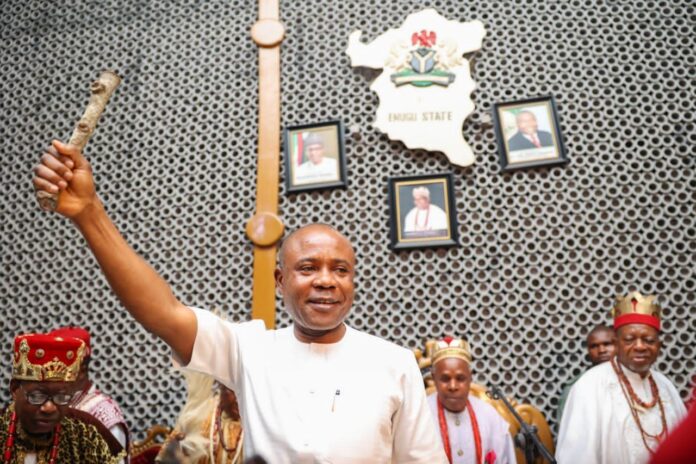 According to an American Political Scientist Austin Ranny, Politics is the Art of Governing of Men and Governance has been taken seriously by Lawyers (who are attributed as The Learned) in all clime.

Mahatma Gandhi’s Political engagement and achievements in South Africa, India and the rest of the world can never be washed away from our memories.

It’s the introduction of Peroistrika and Glasnost by Mikael Gorbachev that liberated the former USSR and ushered in a new world order.

Bill Clinton and Barak Obama are also rated above average with respect to their  knowledge, skills and experience in governance.

Sullivan Chime our own brother equally proved that he has something tangible to offer to the society he belongs to.

It’s against this backdrop that the Enugu Liberal Lawyers have come together as a body to canvas for continuity and consolidation of democratic ideals and practices in Enugu State.

Enugu Liberal Lawyers have decided to take the destiny of our State/our destiny into our hands by participating actively in Politics because:

1. We want to reposition or make sure that Enugu State is repositioned as the fastest growing economy in the world as the former Easter Nigeria was few years after the Nigerian civil war.

2. We believe that if only Sullivan Chime governed Enugu State very well as a lawyer, that chosing two good lawyers  to do the job for Enugu State in 2023 (Dr Peter Mbah and Barr Ifeanyi Ossai) will produce a greater result.

We’re also thrilled about the experience and expertise displayed by Dr. Peter Mbah, A MAN OF DISRUPTIVE INNOVATION, in the management of Pinnacle Oil and Gas.

3. We have looked at and studied the manifestos of other candidates to the office of the Governor of Enugu State and come to the conclusion that Dr. Peter Mbah, has more than enough to offer to Enugu State than other contestants put together.

We strongly believe that other credible candidates filled in by the PDP will win convincingly at the polls in 2023 in Enugu State.

We, therefore, laud Rt. Hon Ifeanyi Ugwuanyi, in his political sagacity as regards the choice of Dr. Peter Mbah and Barr Ifeanyi Ossai.

Ndi Enugu, as we meet today with the incoming Governor of the State, by the special grace of God Almighty, Dr Peter Ndubisi Mbah, we believe that history is being made in the annals of the political history of our dear State.