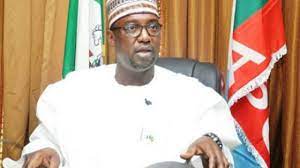 Gov. Sani Bello: The need for peace can never be over emphasised

As Muslims continue to celebrate Maulud in honour of Prophet Muhammad (SAW), Niger State Governor Abubakar Sani Bello, has urged the people to maintain peace in the country as a panacea for development.

Governor Sani Bello disclosed this in an interview shortly after he attended the 5th Nigeria World Maulud celebration of Jam’iyatul Ansarul Deeni Attijjaniya at the Polo Complex, Minna, the state capital.

While appreciating the organizers of the event, the Governor stressed that the state and the country has been challenged by insecurity hence, the need for peace can never be over emphasised.

“Without peace businesses will not thrive because we have been challenged with insecurity in the last few years and I know what peace means.

“If there is no peace, you cannot do very simple things like going to Mosque, Church, market, school. These are the things we took for granted until insecurity came in”, he said.

The Governor used the opportunity to thank God as he attains 55 years which coincided with that of President Muhammadu Buhari, adding that it is a blessing.

“I am grateful to Allah for sparing my life, for getting me through most of the challenges I have gone through, for keeping me in good health.

President Muhammadu Buhari, in his message through the Minister for state, Foreign Affairs, Amb. Zubairu Dada, also prayed for sustained peace in the country and successful general elections.

The All Progressives Congress (APC), Presidential Candidate, Asiwaju Ahmed Bola Tinubu, was the Special Guest at the event.

He was given an award for support and service to humanity.

Earlier, Sheik Muhammad Ibrahim Niass, the Grand Khalifa Worldwide charged Muslim Ummah to continue to pray for the peace of the nation and an end to all security challenges bedeveling the country.

Sheik Ibrahim Niass who described the APC Presidential candidate as a trusted man in terms of human and Infrastructural development, endorsed him and pledged their absolute support.

He said, based on the track records of Bola Tinubu in Lagos state, he is confident that when elected, he will transform the country.

The Grand Khalifa Worldwide assured that he will pray tirelessly for the victory of Tinubu in the 2023 general elections.

The position of Grand Khadi was conferred on Tinubu by the leader of the sect.In support of the ongoing project embarked upon by the sect, the APC gubernatorial candidate, Mohammed Umar Bago, that of Peoples Democratic Party (PDP) Isah Liman Kantigi, and Senator Sani Musa, Lawmaker representing Niger East Senatorial District, donated N10m each to the sect.

Other dignitaries at the event were the Kano State Governor, Abdullahi Umar Ganduje, former Speaker House of Representatives, Dimeji Bankole.