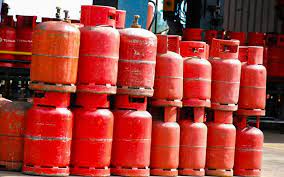 A consumer body, the Cooking Gas Consumers Association of Nigeria (CGCAN), has sent an appeal to the relevant authorities to make room for more qualified Liquefied Petroleum Gas Marketers to be licenced as  Off-takers, to enable cooking gas consumers in the country to have a more cheaper and affordable essential commodity in their various homes, as obtainable in other liquefied petroleum gas producing countries in the world.

Off-takers are those who are licensed by Nigerian Liquefied Natural Gas (NLNG) to buy gas directly from NLNG and sell to petroleum gas marketers in the country.

A press statement signed by the National President of Cooking Gas Consumers Association of Nigeria CGCAN, Dr Hakeem Olajide, and made available to media houses in Abuja, said the appeal became necessary following what he described as “the  shrouded process of selecting who qualifies as an Off-takers by the  NLNG,” a process, he said, the  “agency had been accused by some industry players of high-level favourtism in the manner they select Offtakers, who are mostly individuals without the industry requisite qualifications.”

He said that NLNG has continued to “license some of these unqualified  Offtakers  against the  interest of qualified plant gas owners, who ought to be licenced and included as Offtakers for the purposes of making cooking gas more available and avoidable to Nigerians.”

Dr Olajide said that as a result of the manner the selection of these Off-takers are done and the limited number of those who were selected, there exist a  “cabal-controlled market in determining the price of cooking gas in the country, as they now supply the cooking gas to marketers at exorbitant prices.”

See also  Can Nigeria look beyond oil? - By Andrew Nevin

“Our association dare NLNG to publish the list of the Offtakers and the criteria for selecting them, because Nigerians are the worse hit by the shenanigans that go on in NLNG, as these lopsided selected Offtakers now determine how much the price of domestic gas goes in the country, even when the current domestic demands are below 800 metric tons as against 1.2million metric tons few years ago,” he added.

He said that despite the drop in the demand for domestic cooking gas, as a result of high cost of the commodity, the price of 12.5kg cylinder, for instance, sells around N10,000 to N10,500 in some parts of the country, as against N4,500 some few years ago when the consumption level was 1.2metric tons in the country, even when supply level was consistent.

He disclosed that “even the National Chairman of National Association of Liquefied Petroleum Gas Marketers of Nigeria (NALPGAM),  Mr Sola Dapo Olatubbosun had in a recent television interview agreed that it was those he called the capitalists, but to us in CGCAN, they are the cabal in the sector, who have made gas to be unreachable to average Nigerian, as there are enough gas for  consumption as the supply level is stable.”

Olajide lamented that despite the efforts of the Federal Government through the Ministry of Petroleum to make the product available, the same alleged cabal has made it impossible for  such government efforts to succeed, “as they have hijacked the process of making the populace to get this gas at a reduced price.”

He disclosed that his association “interacted with some NALPGAM members to ascertain the reason cooking gas prices were becoming unreachable to average Nigerian, of which they informed us   that most gas plants got all the requisite qualifications to be given Offtaker licence, but had been tossed around by the same cabals since the past three years. They told us  that including the qualified gas plant owners as Offtakers will bring down the price of gas significantly.”

“So, if they said it is the scarcity that is affecting the price, please tell them to make it available in the open, the importation and the landing cost. Those in NLGN are not ready to make the price of gas crash, but they have continued to connive with some selected Offtakers to operate in secrecy.

“Believe me, there is enough gas for domestic use, but the cabal within the Offtakers cycle has continued to frustrate efforts being made by the petroleum ministry and minister of state for petroleum, Timipreye Silva, to make the price of domestic gas avoidable to Nigerians.

“For instance, while the Offtakers get this essential product at a reduced price, they will sell to plant owners at inflated prices, thereby making a huge gain before it gets to the actual retailers. The difference in gain is the major reason more plant owners are blocked from getting a licence to lift gas by some  officials of NLNG, who are paid handsomely by the few Offtakers to allow the status quo to remain the same.

Dr. Olajide alleged that the main issue with NLNG supply chain, is the dubious  way by which they (NLNG) selects the so-called Offtakers, as most companies they operate with are not qualified companies, while the qualified companies are stepped down simply because of the returns they get from the unqualified ones.

“That is more reason they have kept the list of the Offtakers so secret and the model or criteria of selecting who qualifies as Offtakers, whereas the criteria should include storage capacities, trucking capacities and spread of gas plants, especially to the urban and rural areas.

“We charge them to expand the Offtakers based on merit, cut-off middle men otherwise known as the cabal, in order to make cooking gas available to the masses at a reduced price.”

The association therefore called on the federal government to address the issues of offtaker selection and open the space for more qualified hands to be part of the offtaking, to enable the availability of the commodity to ordinary Nigerians.

Several attempts made to speak with spokesperson of NLNG Elkanah Chawai proved abortive as he refused to pick his calls. Messages were also sent to him, still no reply.