2023: NGO on anti-election violence campaign in Ebonyi – By Paulinus Ogbonna 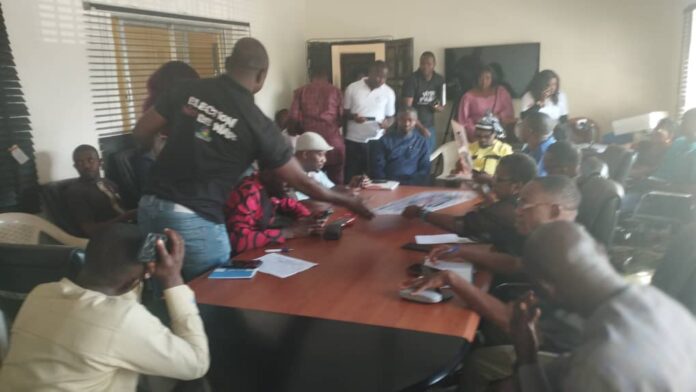 Development Integrity Goal Foundation (DIGF), a non-governmental organisation (NGO) has embarked on an anti-election violence campaign to sensitise the public on the dangers of election violence.

Mr Oliver Aja, the Executive Director of the DIGF addressing journalists on Wednesday in Abakaliki said that the campaign became imperative given the pockets of pre-election violence being witnessed in parts of the state.

He said that the theme of the campaign is, ‘Vote Not Fight, Election No Be War’ and was designed to drive home the message that people should not conceive election as a do-or-die affair.

“Let’s all be committed to the peaceful election; we are all citizens of Nigeria and indigenes of the state and if there is a crisis it will affect everyone including you journalists, so, we must therefore collectively work to ensure violence-free polls in the state. 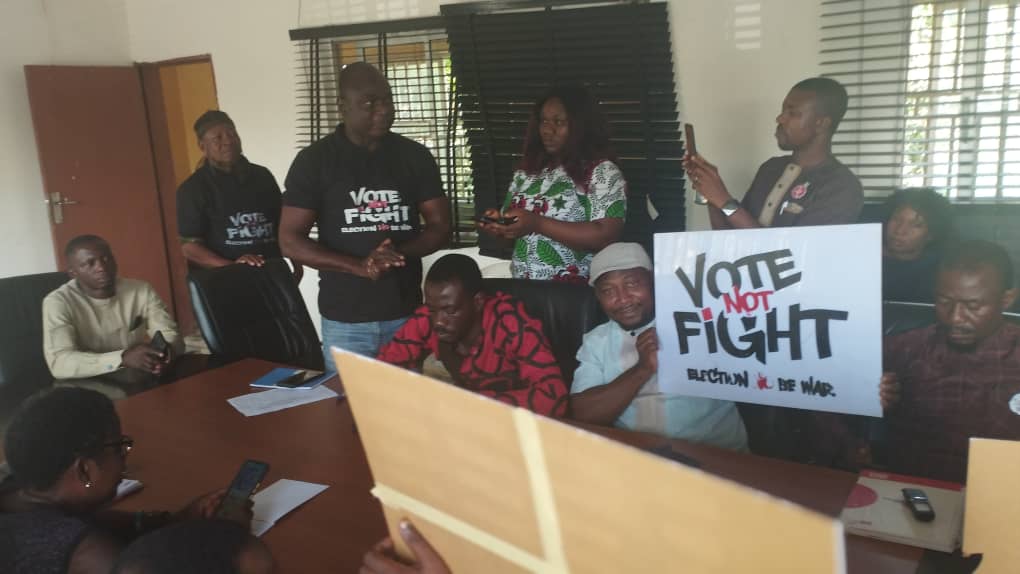 ” So, we are promoting peaceful election in our communities and it is a very good one and it will benefit each and everyone in the state,” Aja said.

Earlier, Mr George Etamiso of the Human Rights and Conflict Resolution Centre (HRCRC) said that the campaign would engender a peaceful and credible electioneering process devoid of violence.

He called on the media practitioners to use their various platforms to minimise or mitigate the factors that lead to election violence through credible information, education and enlightenment of the general public.

“With the media being the anchor of spreading and disseminating news and activities, we are leveraging this exercise in getting you involved in this initiative to minimise electoral tension and violence in the 2023 election in Ebonyi.

” Election has not even started and we are having incidences that are not too positive to our electoral system in Nigeria, so, we are pleading that you mainstream this message that ‘election no be war, vote not fight’ in all our activities and messages,” Etameso said.

Meanwhile, Mr Paul Nwankwo, coordinator of the initiative at the Ebonyi Central senatorial zone and also executive director of Humanity Foundation, an NGO said that the campaign was targeted at ensuring a peaceful election in the state.

Nwankwo said that flashpoints in the state had been noted and identified stressing that journalists should get the news and it follow up to mitigate electoral violence through timely reports.

“We understand that the political temperature in the state is rising with incidences of violence in parts of the state and the essence of the Vote not Fight campaign from the civil society and non-state actors’ angle is for a peaceful, credible and free election,” Nwankwo said.

Our correspondent reports that the ‘Vote Not Fight, Election No Be War’ campaign initiative is funded by Tuface Idibie Foundation.