The Independent National Electoral Commission (INEC), has maintained that there will be no room for the rigging of the 2023 general election in Ebonyi.

According to the commission, rigging the election will be very difficult as the commission is fully prepared to ensure a free, fair and credible election.

Mrs Pauline Onyeka, the Resident Electoral Commissioner for Ebonyi stated in Abakaliki, during an interactive meeting with Journalists and Civil Society Organisations (CSOs).

We will do the much as we can as long as what is important is not giving out our result sheet and other things.

“The process now is very difficult if you want to rig now we have the Bimodal Voter Accreditation System (BVAS).

“Is it by bypassing the BVAS or shutting down our central severer where everything is?

“It is very very difficult now; this is the time for the media and CSOs to work very hard and sensitise the people.

“We are open, we are going to do our best in everything we do.

“We will resist every temptation and every attack from outside.

“The media should support us so that what we intend to do will not be trampled upon,” she stated. 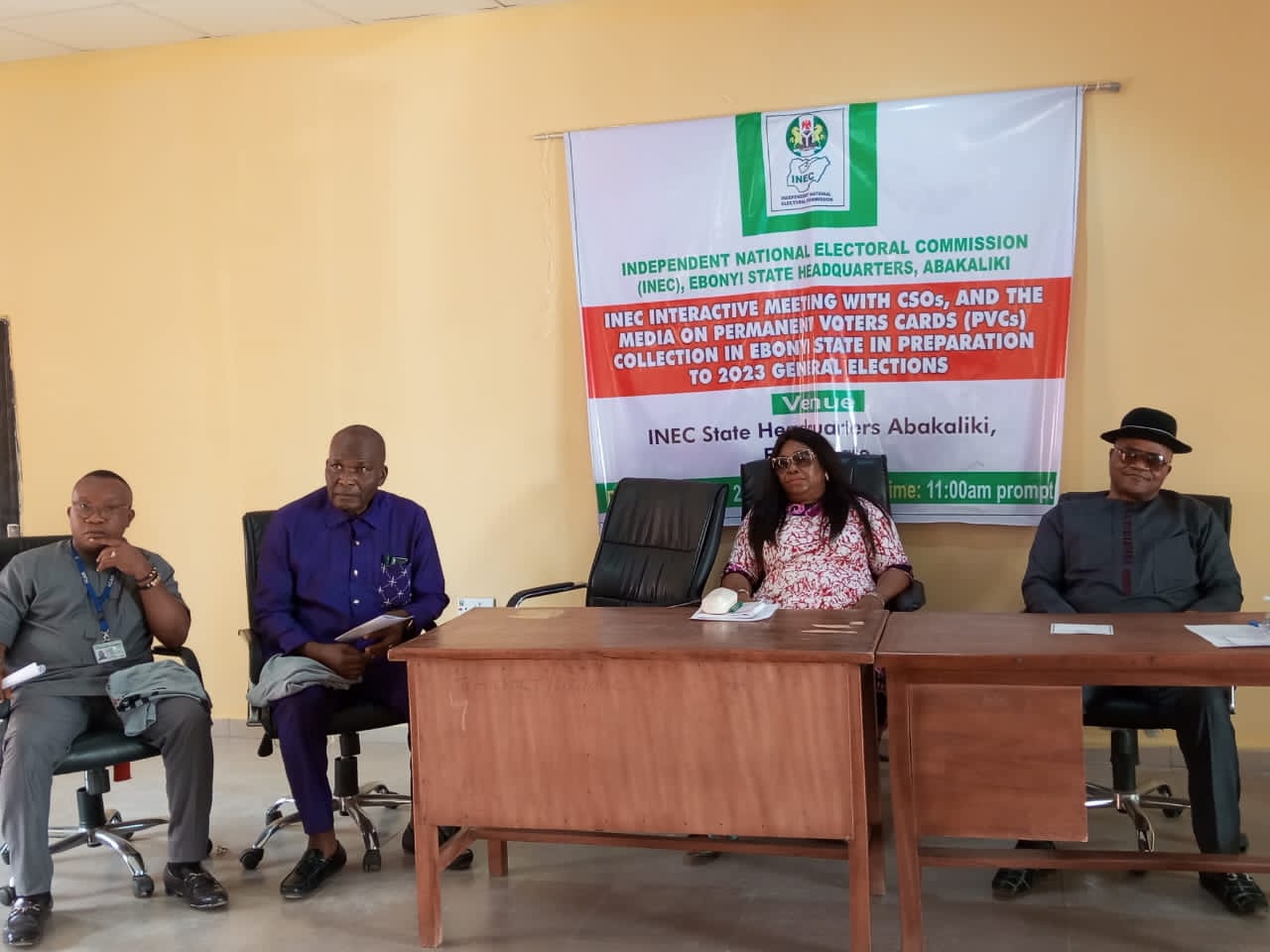 The REC while noting that the media play a crucial role in informing citizens about competing political parties, candidates involved and their manifestos, enjoined CSOs/media to step up the public enlightenment campaigns for citizens to turn out en-mass and get their PVCs before the 2023 General Elections.

She then assured the Media/ CSOs, other strategic partners and the people of Ebonyi that under her watch, the Commission would conduct free, fair, credible and violence-free elections in the State.

“All votes must count. The struggle for a successful election and lasting democracy in Nigeria depends largely on stakeholders in which CSOs and media are inclusive.

“We hope that every stakeholder in the electoral process will abide by the rules of engagement.

“This is the only way we can consolidate the gains of our democracy in Nigeria,” she added.