Persons Living With Disabilities (PLWDs) under the aegis of the National United Association of Physically Challenged Persons of Nigeria (NUAPCP) said that its members were allegedly suffering from economic and political marginalisation in Ebonyi.

The group made the claim on Thursday in Abakaliki during a solidarity visit to Dr Edward Nkwegu, the Labour Party (LP) governorship candidate in the 2023 general election.

Mr Silas Egede, national president of the group who led other officials and members of the association to the visit regretted that they were subjected to economic and political deprivations owing to their physical disabilities.

He lamented that physically challenged people in the state suffer all forms of social segregation and were usually not included in the political and economic scheme of things despite their contributions to societal development.

He alleged that non of the political parties in the state fielded physically challenged persons in any of the elective positions for the 2023 election and further alleged poor representation of PLWDs in appointive positions in the State Executive Council.

Egede, who extolled the sterling humanitarian and philanthropic qualities of the LP candidate noted that it was due to those rare attributes that its members had come to identify with his governorship aspiration.

He noted that through the Regina Pacis Foundation (RPF), Nkwegu had economically empowered many physically challenged persons in the state

“Today is a great day for the generality of people living with disabilities here in Ebonyi and beyond; God has appointed today to mark the joy of the physically challenged persons.

” We have come to express our solidarity with you and to thank God who had been protecting you going out and coming in.

“Having assessed your commitments and contributions to ameliorating the sufferings of the poor, the vulnerable and especially those of us with disabilities, We have no choice but to adopt you as our preferred candidate for the governorship position in 2023.

“Our members are powerful and we have the numerical strength to sway the election and we are here to assure you that we are going to mobilise our wives; children, associates and relatives to vote for you during the election,” Egede said.

The group which requested the gift of tricycles, and a liaison office in Abuja to ease their movements announced the LP standard bearer as its patron and pledged to back him up with their prayers.

“We will continue to pray for you and we are convinced that God will answer our prayers and make you emerge as the governor of Ebonyi in 2023,” the group added. 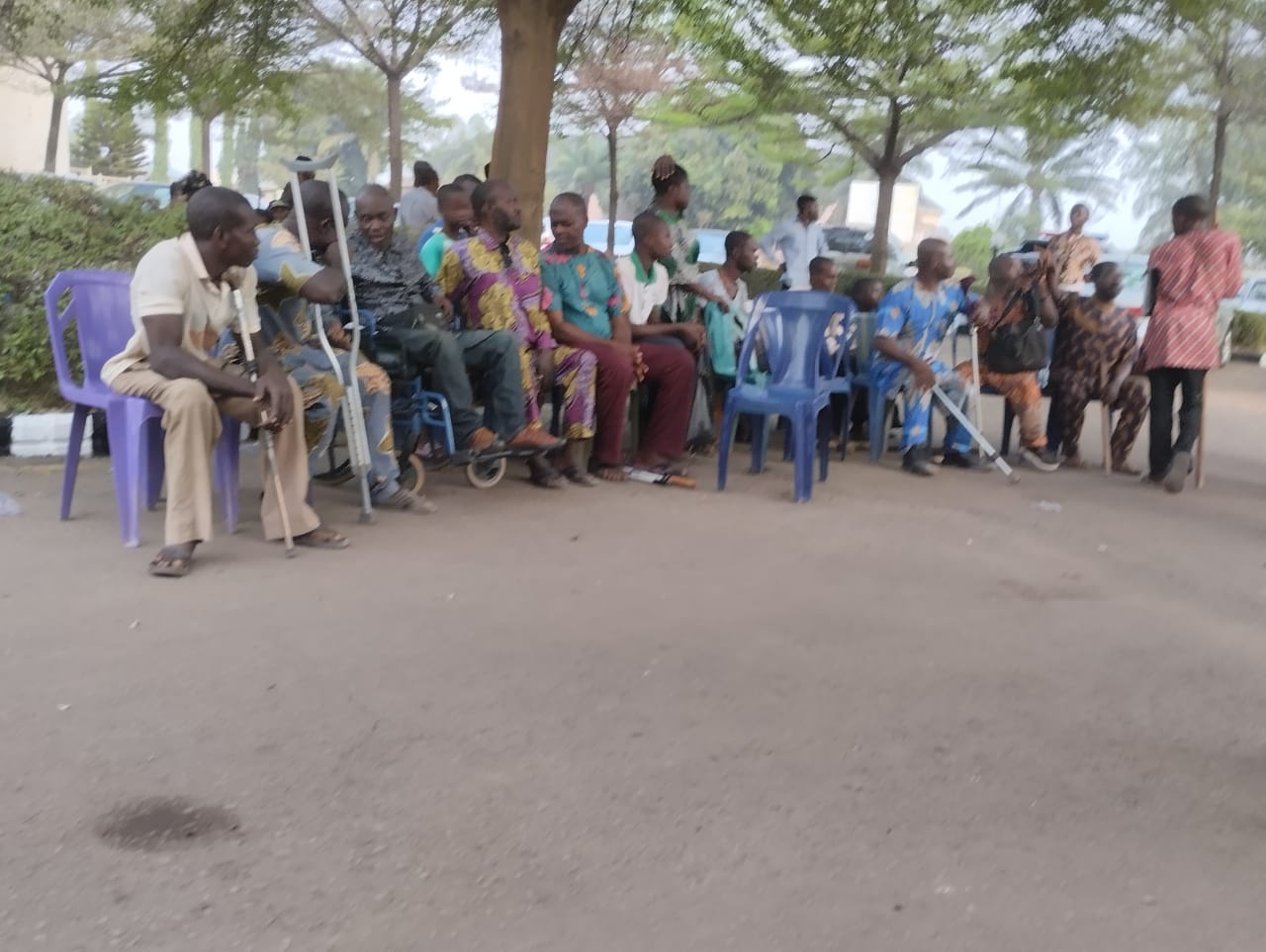 Responding, Nkwegu said that part of his four-point agenda if elected would be to ensure a better life for the vulnerable and physically challenged persons in the state.

He noted that those living with disabilities have great potentials that must be discovered and put into use stressing that being physically challenged was not the same as being mentally challenged.

“I believe that a disabled person is only someone who has mental challenges; every other challenge is a merely physical challenge, the person is physically challenged but not disabled.

“I want to encourage you not to lose hope, the pain of life is universal and no matter how much progress is being made the vicissitudes of life will not go away and nobody is free from the pains of life,” Nkwegu said.