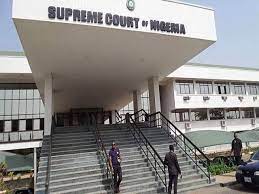 The Bayelsa judiciary on Thursday inaugurated a five member management committee to run the small claims courts for recovery of debts not exceeding N5 million in Bayelsa.

Speaking at the event, Justice Kate Abiri noted that the idea of small claims court was conceived to accord legal inclusiveness to aggrieved persons whose claims are denied space and time in the congested and expensive dispute resolution platforms.

She regretted that the current adjudicatory system is both expensive and time consuming and offers little or no succour to litigants with small claims, especially those relating to commercial disputes.

“We can imagine the plight of a small business operator who is owed money for goods supplied. To recover the debts, our businessmen have to go through a litigation system that may take eternity to reach a final decision.

“Oftentimes, the party may have spent much more than what he seeks to recover. Indeed, it is a fact that most businesses have closed down in Nigeria due to our courts delay in enforcing contracts,” Abiri said.

The Bayelsa Chief Judge noted that in spite of being the largest economy in Africa, Nigeria ranks 131 out of 191 economies of the world on ease of doing business.

She attributed the data to the latest World Bank annual ratings released on Nov. 18, 2022, adding that enforcement of contracts by courts is one of the criteria used in ranking ease of doing business.

Presidential Enabling Business Environment Committee is collaborating with the Bayelsa government and providing technical assistance and support in the establishment of four pilot small claims courts.

Others are Justina Daniel and Kelvin Amanawa.

Giving an overview of small claims courts Mrs Abise Theophilus, Deputy Chief Registrar, Bayelsa High Court said that the courts would be presided over by a Magistrate targets to deliver judgement within 14 days of concluding hearing and ensure that the cases are concluded within 30 day.

Theophilus explained that litigants do not have to hire a lawyer to approach the special courts which are less formal and more flexible than regular courts as litigants are allowed to represent themselves.

In his goodwill message, Mr Ukumbiriowei Saiyou, Chairman , Yenagoa branch of Nigerian Bar Association assured that the bar would support the efforts by the judiciary in Bayelsa to expedite the dispensation of justice.

On his part, HRH Bubaraye Dakolo, Agada IV of Ekpetiama, in Yenagoa and Chairman, Traditional Rulers Council in Bayelsa applauded the establishment of the special courts which are expected to enhance the peoples’ access to justice.

He noted that the courts will encourage use of legal options to settle disputes as opposed to self help which sometimes result in loss of lives.