Igwe, who is also the Medical Director of Federal Neuropsychiatric Hospital, Enugu, gave the commendation while speaking to newsmen on Friday.

The renowned neuropsychiatric doctor and lecturer’s reaction came shortly after it was confirmed that Buhari had signed the bill into law; thus, replacing the Lunacy Act of 1958; which psychiatric doctors before now were subjected to operate with.

According to him, this is a good one for psychiatry practice in Nigeria. Thanks to our dear President for this wonderful New Year gift.

“I join the entire mental healthcare practitioners, patients, civil society organizations and indeed Nigerians to celebrate this landmark event in the practice and care of persons with mental health problems in Nigeria.

“I also want to thank the President of the Federal Republic of Nigeria for taking the bold step to re-shape mental healthcare service delivery in our space,” he said.

He said that a cursory look at the journey of this legislation shows a tortuous part to success, adding that Nigeria’s first mental health legislation, the Lunacy Ordinance, was enacted in 1916 and was revised in 1958.

Igwe noted that the Lunacy Ordinance provided medical practitioners and magistrates with authority to imprison mentally ill people, noting that the law was enacted primarily to provide custodial care as evidence-based treatment approaches were still lacking at the time.

“The old law is flawed in several ways; firstly, the use of the term “lunacy or idiocy” is derogatory and stigmatizing and does not reflect the current thinking of mental health conditions.

“Secondly, it makes provision only for custodial care within the criminal justice system and not treatment in health care facilities.

“However, these laws have not been amended more than five decades after, despite a huge scientific evidence for cost-effective strategies and the availability of treatment in Nigeria. 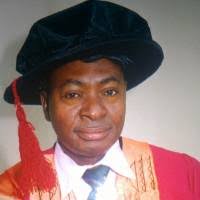 He noted that the signed bill was divided into twelve parts.

“The first part of the bill explains the act’s purpose and application; the second part explains the procedure for establishing the National Council for Mental Health and Substance Abuse Services, as well as its function and powers;

“The third part discusses the establishment and functions of a mental health review tribunal; and the fourth part articulates the rights of people with mental and substance use disorders, as well as the government’s responsibilities.

“We also have a part that deals with the commission’s financial provisions; and with the establishment of the Mental Health Fund among others,” he said.

The don, who said that though the signed bill is not a perfect legislation, noted that “it is surely a major leap in the administration of mental healthcare service delivery in Nigeria”.

The medical director also commended the 9th National Assembly, the Ministry of Health, the Association of Psychiatrists in Nigeria, Civil Society Organizations, all other persons and organisations that supported this bill until it was signed into law.

“I am confident that the new law will change the dreary outlook of mental health indices in Nigeria,” he said.

It would be recalled that the President of the Association of Psychiatrists of Nigeria, Prof Taiwo Obindo, who confirmed the signing earlier on Friday, described it as a great relief to the mental health care and practice in the country.