HomePolitics2023: APC mobilizes over one million faithful for Tinubu as party takes...
Politics 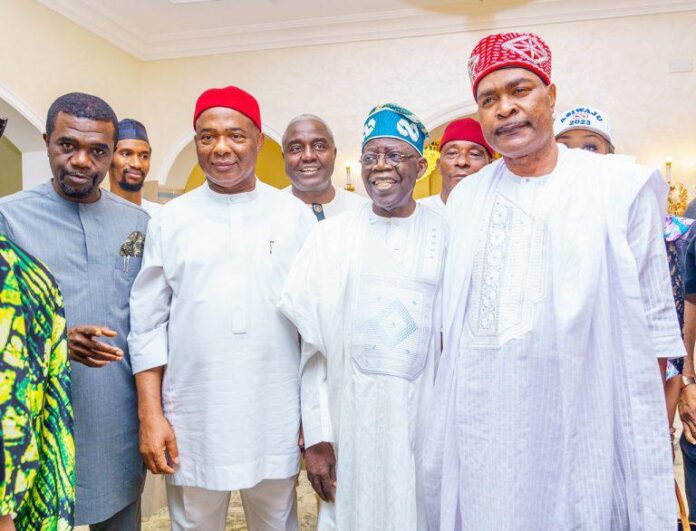 The National Deputy Chairman (South) of the ruling All Progressives Congress (APC), Chief Emma Eneukwu, has said that the rally in Enugu today for the party’s presidential candidate Senator Bola Tinubu, will be one of the best so far, adding that the party will shutdown the entire Enugu State.

Speaking to newsmen on Tuesday after an inspection of the venue for the Wednesday scheduled mega-rally scheduled to hold at Michael Ọkpara Square Enugu, Eneukwu said that the party leaders in the state are committed to making sure that the party shake the foundation of the whole city of Enugu on Wednesday.

He stated that over a million party faithful from the state had geared up to show massive and mouth watering support our country’s would be next president.

Eneukwu noted that Enugu, as usual, had always been a fortress for Tinubu in South East even as the capital city and state of the Zone.

He reiterated the commitment of the party in Enugu State in ensuring that Sen. Bola Tinubu gets the highest votes cast “because his support is growing every day.”

According to him, Enugu State is ready to show what we are made of to our presidential candidate and by God’s grace, our next president.

“We have mobilised over one million core registered voters that will come out enmass tomorrow to showcase that APC in Enugu State is at another level.

“As you can see, the venue is almost ready and by the time we are done with our rally tomorrow, the whole of the South East will be shocked with our massive outing.

“Enugu has always been a fortress for Tinubu and we have more members and independent supporters now than before.

“I am very confident that Enugu’s support to Tinubu will be one of the best in the zone,” he said.

Eneukwu also enjoined all the state registered voters to utilise the opportunities presented by INEC to go and collect their PVCs as it is the only sine quo non, to making “sure that PDP is retired permanently”.

He, however, assured Nigerians that, “Tinubu is the best for us and his presidency would usher in the needed development which will compliment the achievements of President Muhammadu Buhari’s administration and thus, benefit all.

“I call on all our supporters to make it a point of duty to go and collect their PVCs.

“INEC has started ward to ward distribution which is the best for everybody. We can make it to happen efficiently if we collect our PVCs and use it for APC and Tinubu.

“Ahmed Bola Tinubu is the best man for the job. His sterling antacedent speaks volume of his candidacy,” he added