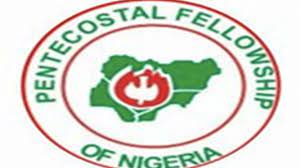 The Pentecostal Fellowship of Nigeria (PFN), says all is set for the 17th National Biennial Conference, sheduled to hold on February 7 to 10, 2023, in Bayelsa state.

The theme for this year’s conference is “More Than Conquerors”

He said the biennial conference is an event that takes place every two years for the entire Pentecostal churches in Nigeria.

The Chief Host said the conference has been held periodically for more than three decades.

He said: “When the fathers of the pentecostal movement all come together, they sit down, pray, teach and they minister and strengthen the body of Christ.

“It is during the biennial conference that the people are recognised, empowered, it rekindles the people for a better tomorrow.

“This year’s biennial conference is very peculiar, because it is a gathering of the pentecostal churches in Nigeria.

“In this all the pastors, great men of God come together because it is very rare to find all of them in one place at a time, so the conference provides such an opportunity for the pentecostal churches,” he said.

Aggrey, said the conference is also of economic importance to the host state, as all the hotels in Bayelsa will be occupied, those into small scale businesses will see more patronage of their goods and services.

He said socially it is also a time of interaction with people they have been seeing on television and in the social media. They will be seeing one on one to bring that social network of different ministries from different part of the state.

He explained that the biennial conference will generate the amount of spiritual energy that will coordinate into the presidential election on February 25, 2023.

According to him, the conference will make people to be saved, be baptized in the holy spirit, more people get healing, amongst others.

He said it enhances the christendom, to see their spiritual leaders doing things and dancing together in one accord and it brings church growth in all.

The South South Vice President, said the objective of the conference is to promote Christian unity, to promote the ideals of the pentecostal churches, and the love that  is  abound in them.

On his part, Pastor Tam-Seth Eyedoude, PFN Chairman Bayelsa chapter and the host, said pentecost is the presence of the holy spirit, amongst men.

He said: “According to the Bible it was on the day of pentecost that those christians who believe in Jesus come together for the purpose of harvesting souls for God.

Eyedoude, said that the conference will transform the people of Bayelsa, that in Genesis chapter 1 vs 2, when God sent the holy spirit to change the atmosphere before the manifestation.

He urged political leaders, women, youths to take advantage of the conference for things to turn around for them.