Dr Paul Okorie, a top chieftain of the Ebonyi chapter of the All Progressives Congress (APC) Mgbom Ward 3 (Okposi) in Ohaozara Local Government Area of Ebonyi has resigned his membership of the party.

Okorie, a one-time commissioner for Works, Transportation and Housing made his resignation known in a letter dated Jan.3, addressed to the ward chairman a copy was made available our reporter on Saturday in Abakaliki.

The former commissioner who recently defected to the People’s Democratic Party (PDP) noted while in the APC, he discharged his duties and responsibilities diligently as a loyal and committed party member.

Okorie accused his former party of not placing value and reward for dedication and hard work.

The letter read in part: “I write to inform you of my decision to resign my membership of All Progressives Congress (APC). 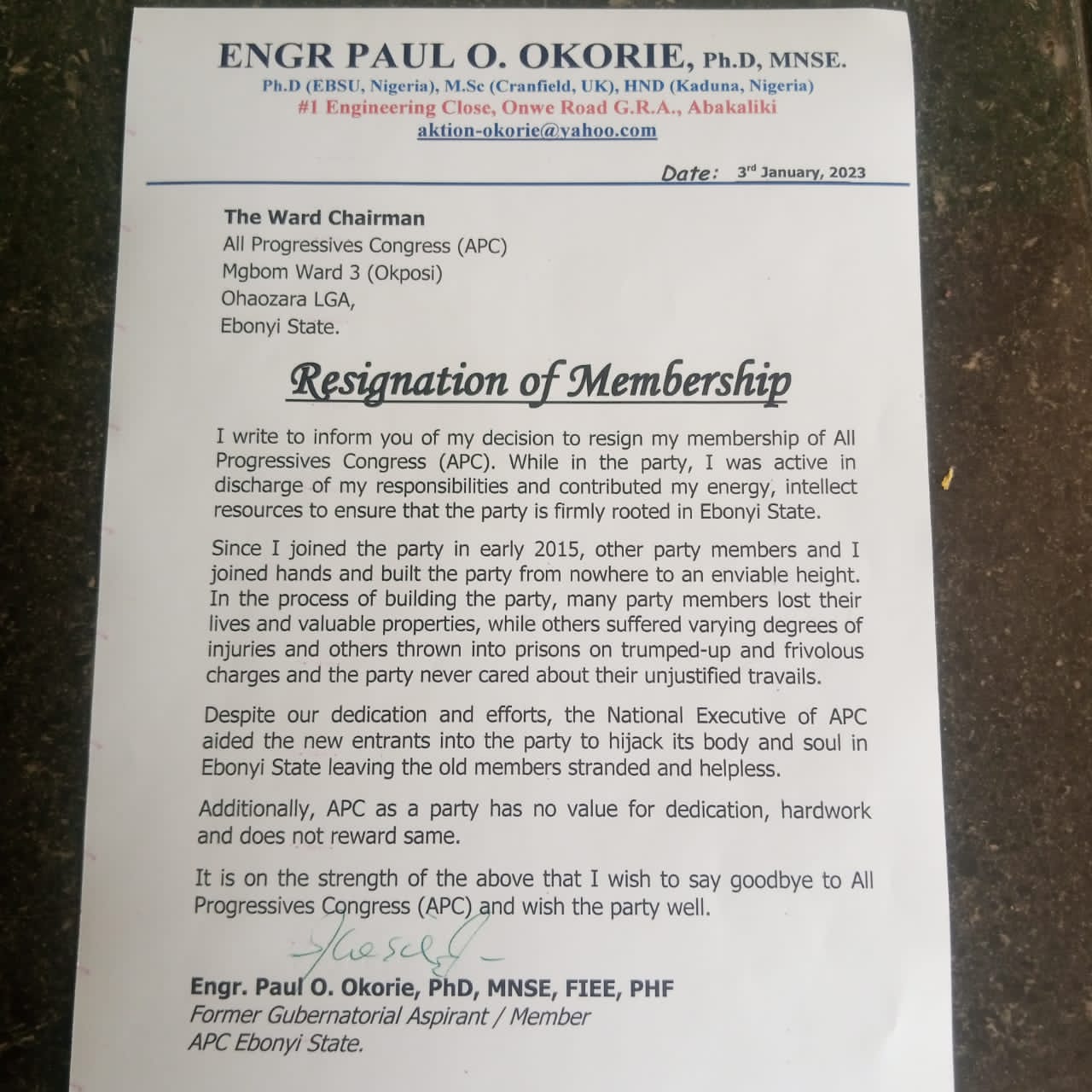 “While in the party, I was active in the discharge of my responsibilities and contributed my energy and intellectual resources to ensure that the party is firmly rooted in Ebonyi.

“Since I joined the party in early 2015, other party members and I joined hands and built the party from nowhere.

“In the process of building the party, many party members lost their lives and valuable properties, while others suffered varying degrees of injuries and others were thrown into prisons on trumped-up and frivolous charges and the party never cared about their unjustified travails.

“Despite our dedication and efforts, the National Executive of APC aided the new entrants into the party to hijack its body and soul in Ebonyi leaving the old members stranded and helpless.

“It is on the strength of the above that I wish to say goodbye to the All Progressives Congress and wish the party well.”