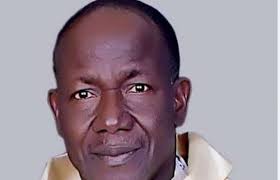 Governor Abubakar Sani Bello of Niger State, has condemned in its entirety the setting ablaze of the Catholic Priest of St. Peter’s and Paul, Rev. Fr. Isaac Achi, by bandits at his residence in Kaffin Koro, Paikoro local government area of the state.

Gov. Sani Bello in a statement made available to SummitNews, described the setting ablaze of the Parish resident of SS Peter and Paul Kaffin Koro where the parish Priest was burnt alive to death as ungodly and inhumane.

He said attacking a religious facility to murder anyone is the worst dimension of terrorist attacks.

“This is a sad moment, for a priest to be killed in such a manner means that we are not all saved; these terrorists have lost it, and drastic action is needed to end this ongoing carnage”, he said.

The Governor commiserated with the Christian community especially the Catholic Church over the ugly incident, promising that the government will not rest on its oars to ensure that the perpetrators were brought to book.

He also prayed for the quick recovery of the injured Rev. Father who was also shot at by the bandits while trying to escape.

He said that the security agencies should continue to evolve new strategies that will end the atrocious and barbaric acts.

The Governor urged the people to remain calm as the government will continue to do its best to secure the lives and livelihoods of the people.