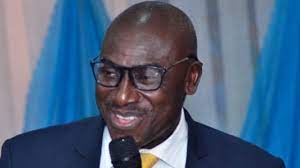 The International Press Centre (IPC), has called for the provision of bulletproof vests to journalists accredited to cover the upcoming February and March general elections.

The Executive Director of the IPC Lanre Arogundade, made this request on Tuesday in Abuja during the presentation of the outcomes of the organisation’s analysis of trends in reportage of the 2023 elections.

The IPC boss said journalists are victims of election violence, adding that 250 journalists were attacked during the 2019 polls.

“I don’t know whether that would be a violation of the Police Act and I don’t know if it is allowed. But you see, we need to have this conversation with them,” he said.

“Bulletproof, why not, especially for cameramen? If the police can give us bulletproof once we are accredited, we will be happy about that. But beyond that what we are saying is that on election day, know that your own life matters.

“One thing is that as journalists, we must be ethical, professional and another thing is for a conducive environment to be provided for us. And that’s why I talked about the need for political parties and government to come together and ensure that we are protected as safety matters.

“Though no journalist was killed on election day in 2019, 250 journalists were molested across the country including some of them who were accredited, particularly by overzealous law enforcement agencies.

“So, we’re using this occasion to draw the attention of INEC, governments, security agencies, and their own political parties to their own responsibilities if they want us to cover these elections effectively.”

He called for security to be attached to journalists during the coverage of this year’s exercise as he appealed to security agencies to protect media professionals so they won’t be a repeat of the 2019 incident.