HomePoliticsTinubu may not be smart after-all
Politics

Tinubu may not be smart after-all 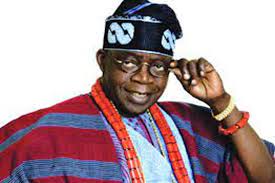 Sincerely speaking, I thought Bola Tinubu was an astute and a smart politician until his recent flop in Abia. No wonder people are leaving his campaign train in droves as a result of continued gaffes and bad calls.

We had expected Bola Tinubu to query the empty campaign ground he met in Umuahia the Abia State capital yesterday despite spending a humongous sum totalling over NGN400m which he earmarked for crowd renting yet people including notable APC leaders in Abia and South East at large distanced themselves from the show of shame orchestrated by the shameless and forcefully imposed Imo State Governor, Hope Uzodinma in partnership with his political stooge Ikechi Emenike who is illegally parading himself as the Abia APC gubernatorial candidate courtesy of the Ben Johnson way.

As an astute politician that Bola Tinubu claims that he is over the years, does he need a soothsayer to tell him that Ikechi Emenike who coordinated his campaign rally in Abia State is highly unpopular and unacceptable to the masses and even the elites? Therefore, it is evident that Bola Tinubu lacks the tenacity, mental strength and political will to run a complex state like Nigeria as a president. A presidential candidate who doesn’t have a mind of his own but would rather do as he is told means that such a candidate doesn’t know the tough calls incumbent on the office he is aspiring for.

Just like Bola Tinubu shared questions that he was asked at Chatham House in London, he would have simply allowed Hope Uzodinma to say those things he was telling Bola Tinubu to say directly by himself instead of speaking through Bola Tinubu though to an empty arena apart from few people that he hired from Imo State.

Again, a visit around the streets of Umuahia and Aba today will expose to anyone that Bola Tinubu, Hope Uzodinma and their political puppet Ikechi Emenike are nothing but a laughing stock.One would have expected that Bola Tinubu being a presidential candidate would have a think tank populated by renown political advisers and as such, they would have advised him to be highly circumspect and avoid Hope Uzodinma and Ikechi Emenike. In any case, apart from the very desperate and notorious Nkiru Onyejeocha, no other prominent APC leader in Abia attended the rally of clowns.

Across the length and breadth of Nigeria, Hope Uzodinma is classified as a blood sucking demon and that includes anyone that associate with him…Just imagine the blood of innocent Imolites flowing like a river.

In any case, it is widely believed that Bola Tinubu is a huge disaster waiting to happen to Nigeria should he be allowed to smell the office of the president of Nigeria. Someone who is easily manipulated, not in tune with reality and highly incoherent should not and will not occupy the number one office in the Federal Republic of Nigeria.